Tunisia is a country rich in history. A part of it used to form the Carthage Empire, which dominated most of the Mediterranean during the 4th century BC, thanks to its famous leader Hannibal. Now a modern city not far from the capital, Tunis, some part of the ancient Carthage can still be visited. Excavation and restoration works are still ongoing. Some of the sites have been really well preserved and walking through them you’ll get a feel of what life used to be like there millenniums ago. 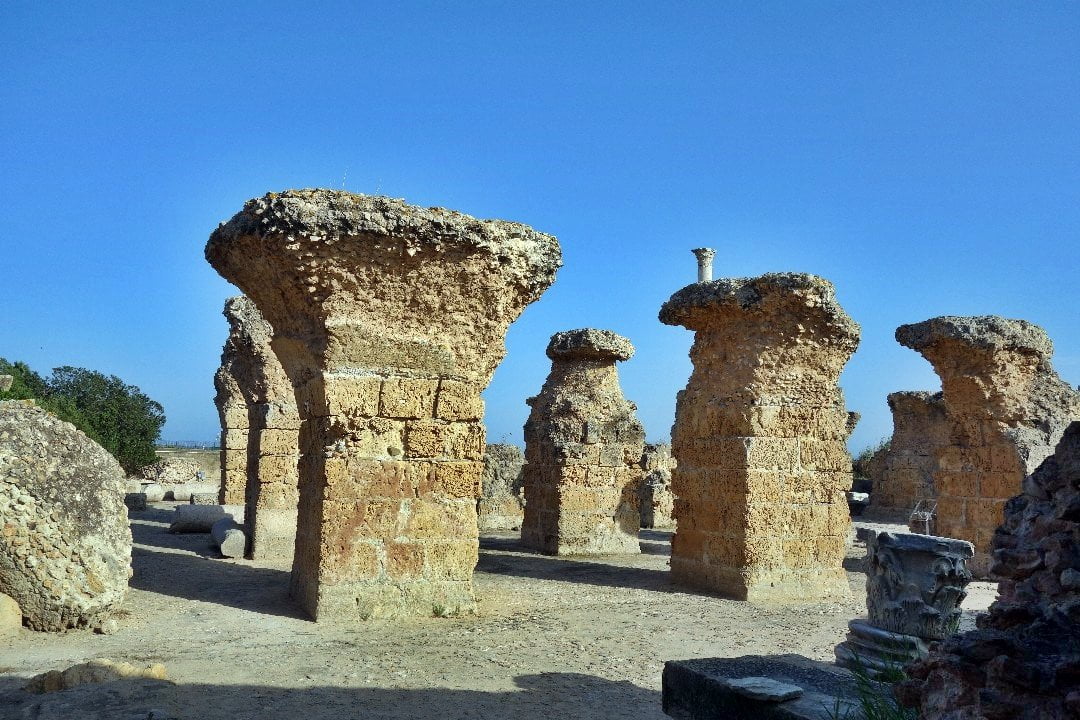 Legends say that Didon, a Phoenician princess in exile, arrived in Tunisia in 814 BC and asked if she could occupy only the land that “could be fitted inside a cow skin”. The local chiefs agreed, Didon then thinly sliced the skin and was able to circle a whole hill and then proceeded to found Carthage.

With time Carthage became a major city and became Rome and Athens’ rival during the 4th Century BC. Carthage conquered many territories, especially during Hannibal’s reign and his famous elephants’ army. After having conquered most of Africa, Spain and the South of France, Hannibal and 70 000 men crossed the Alps and arrived at Rome’s doorstep. Waiting for more troops that would never come to attack Rome, Hannibal got defeated in several of his colonies in Spain then Africa.

Carthage slowly lost most of its territories and influence over the Mediterranean. Wanting revenge, Rome attacked the city in 149 BC which fought back bravely for three years before being defeated. Most of Carthage got destroyed and the rest became a Roman city. After the end of the Roman Empire, Carthage was invaded by the Vandals, the Byzantines and then the Arabs, to finally end-up being completely left in ruins, the materials being used to built Tunis.

Excavation work started in 1857 and there’s still a lot to uncover. Some places are surprisingly well preserved and Carthage is now a UNESCO World Heritage Site.

Best places to visit in Carthage:

You can buy a combined ticket for 10 dinars for all of the sites below except for the Acropolium. If it’s not too hot, you can do everything on foot. If you don’t want to walk, you can hire a cab for half a day, most sites are isolated so you’ll need to have the cab waiting for you. Agree on the price first. You can also book a tour. 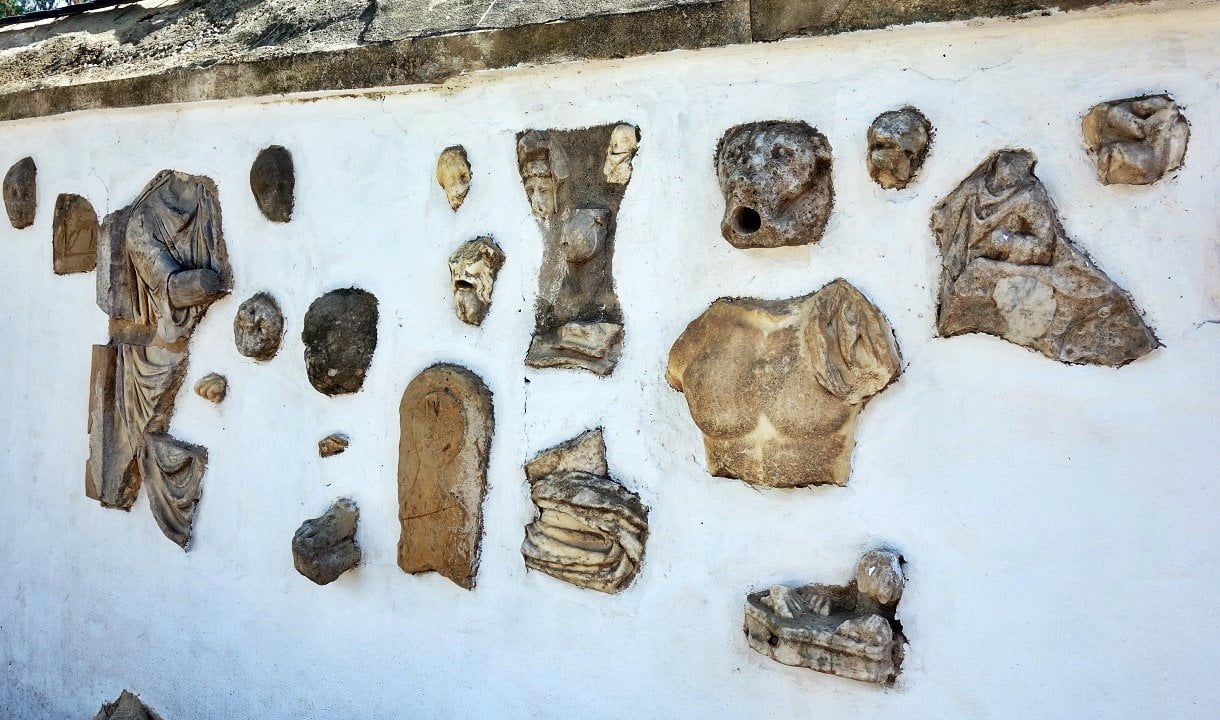 The Museum is rich in history and artifacts found all over Carthage from the Neolithic era (9th century BC) to the Roman Era (6th and 7th century AD). From there you’ll get a magnificent view over Carthage and the bay. Inside you’ll find several amazingly well-preserved sculptures and mosaics.

In the courtyard, you’ll find the ruins of the Byrsa quarter, built during Hannibal’s time at the beginning of the 2nd century BC. Carthage was completely destroyed in 146 BC and the Byrsa quarter is one of the most well-preserved ruins. 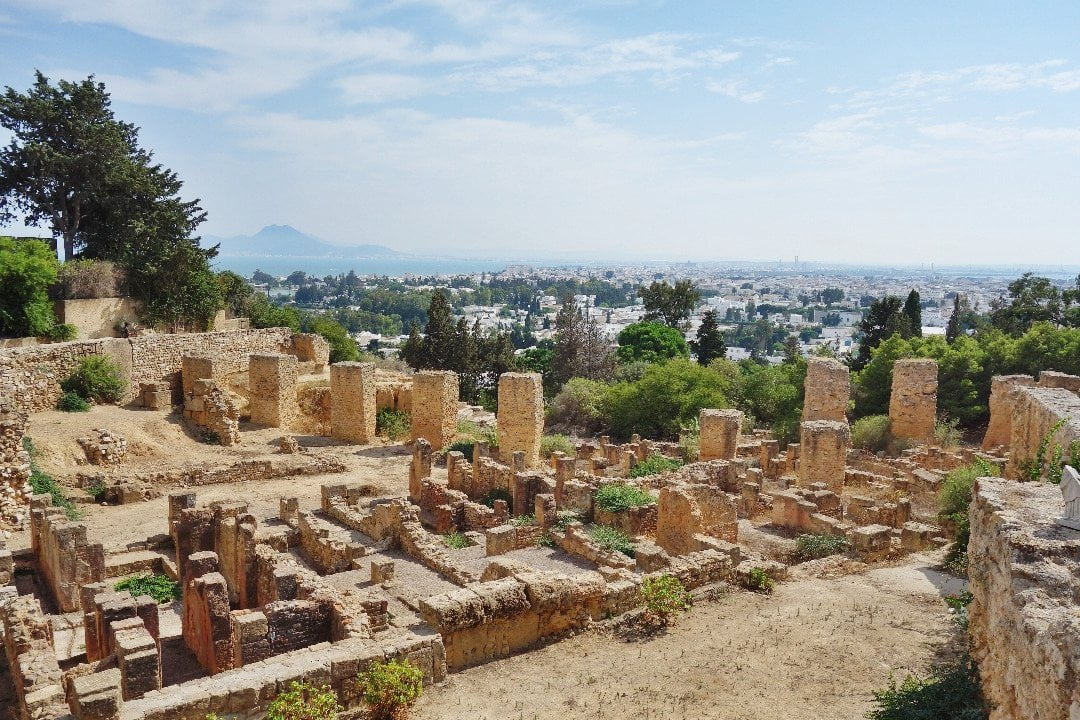 The museum is closed for renovation until October 2018, only the garden and the Byrsa Quarter can be visited. 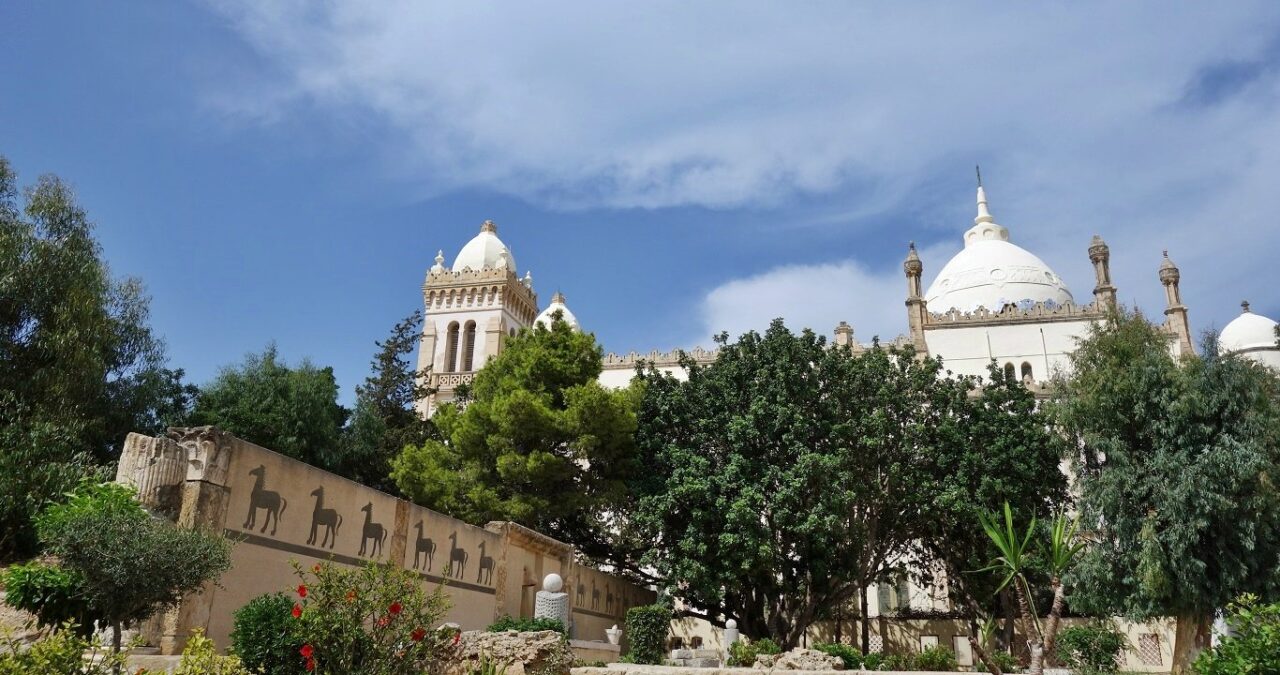 Next to the Carthage Museum, you’ll find the Acropolium, also known as the Saint Louis Cathedral. Built in the 19th century to honor Louis the 9th, king of France, who died in Carthage in 1270.

The outside looks like any cathedral but the interior is really worth a look. The paintings are really impressive. On the walls, you’ll see 234 coat of arms from contributors, all descending from crusader knights. Right in the entrance, look for the underground statue of Apollon. 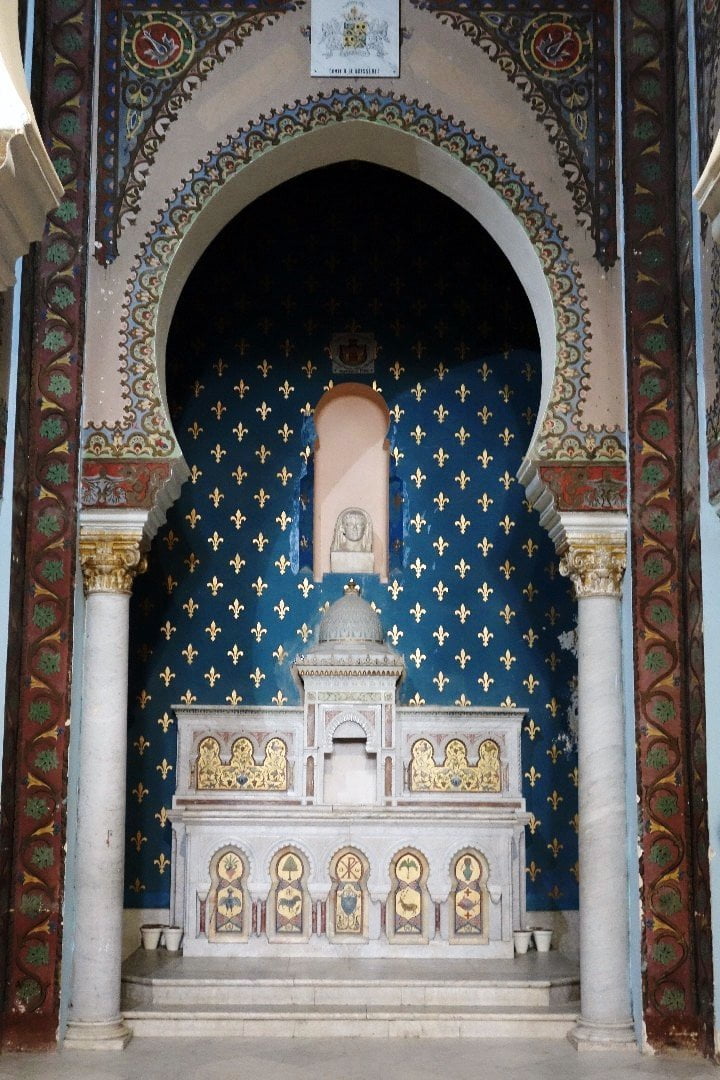 The entrance fee is not included in the general ticket, price: 6 dinars.

Probably the most spectacular ruins of Carthage, the Antonine Baths are the third-largest in the world. Built between 145 and 162 AD, it was destroyed later by the Vandals. Excavation work only began in 1945, only the lower floor remains, but you still can tell how huge the place used to be.

A bit further, you’ll find a Punic Necropolis and the ruins of the Douimès Basilica (look for the mosaics on the floor). 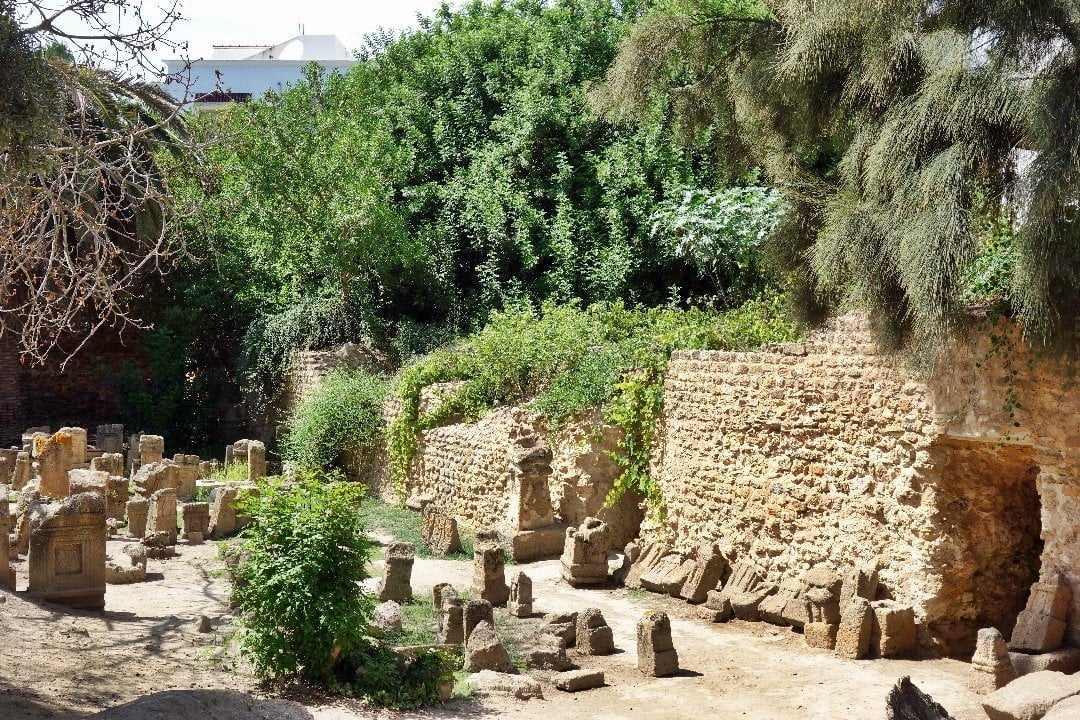 The Tophet is the most ancient Punic religious site in Carthage. Dedicated to Tanit and Baal Hammon, archaeologists found thousands of children remains, burned to ashes on this site. The burial ground was in use for over 700 years and several layers of urns were found.

There are several theories to explain why children were offered to the gods. One theory is that noble families would sacrifice their firstborn by cutting their throat then burning the body. Recent findings contradict this theory, the children buried there could have died of natural causes and were then offered to the Gods by the family for good omens. 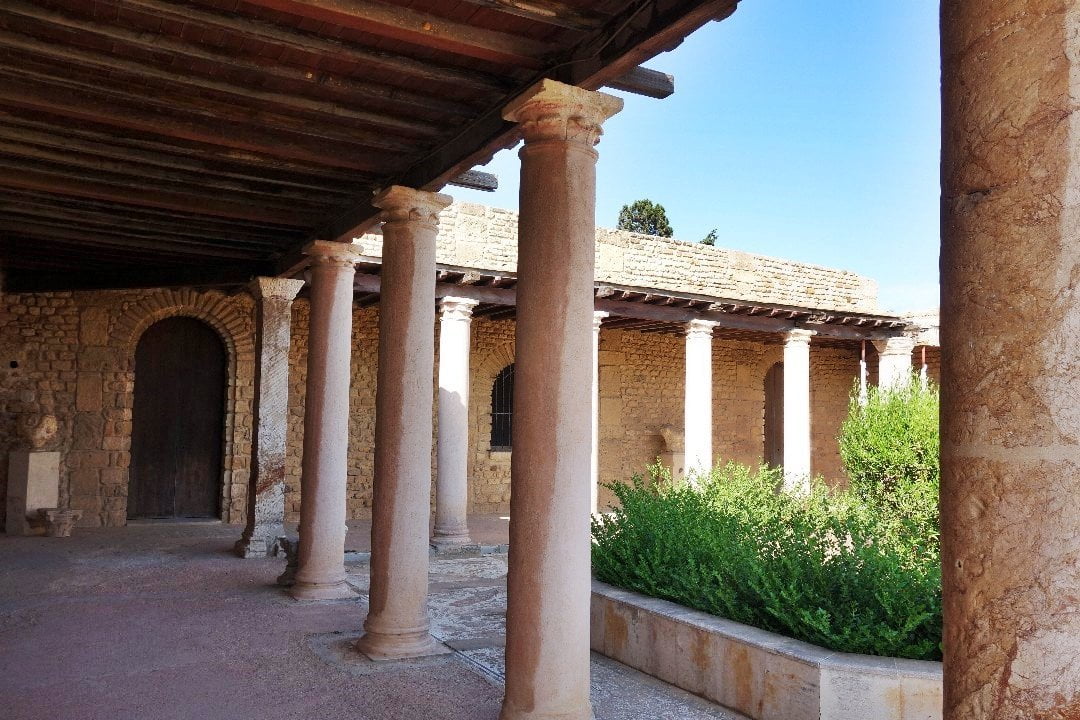 Built according to Roman architectural style, this neighborhood is a great place to realize what Carthage must have looked like centuries ago. Some of the buildings have been really well restored, among the best-preserved ones, you’ll find the Antiquarium Villa, the schola (religious center), two basilicas and a Punic necropolis. There are still several mosaics on the floor.

Next to the Roman Villas, you’ll find the Roman Theater. Heavily restored, it is now used as a concert venue. Still worth a look but don’t expect too much.

Just in front of the entrance, more interesting, you’ll see the well-preserved ruins of a cistern. 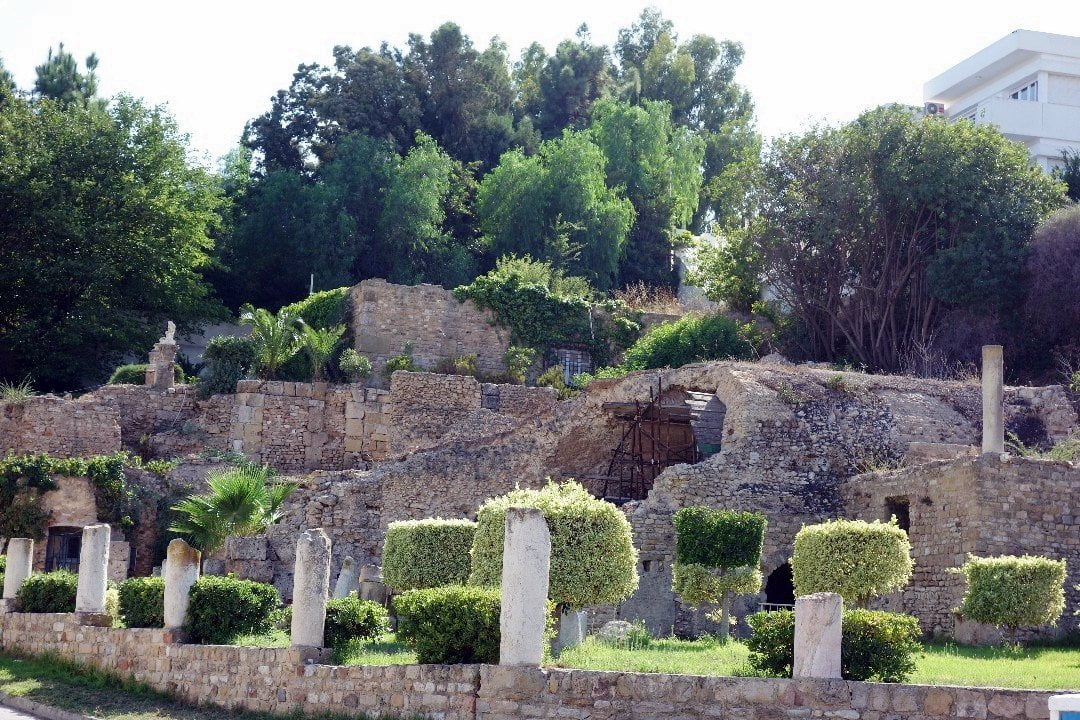 Built in the 5th and 6th century BC, not much remains from the two merchant and war ports. You’ll only be able to see the way they dug the canals and lagoons centuries ago. It’s a nice place to take a walk and witness local life. A bit further, you’ll find a couple of seaside restaurants and cafés.

On the central island, you can also visit the Musée Océanographique. There you’ll find Tunisia’s fishing history as well as seashells, a fish collection, and a small aquarium.

Related articles to help you plan your trip to Tunisia: 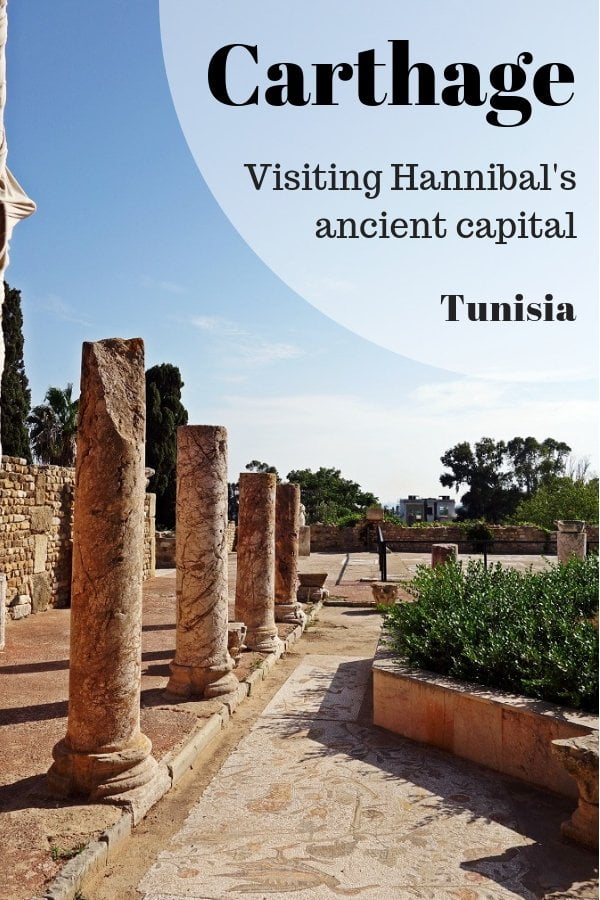 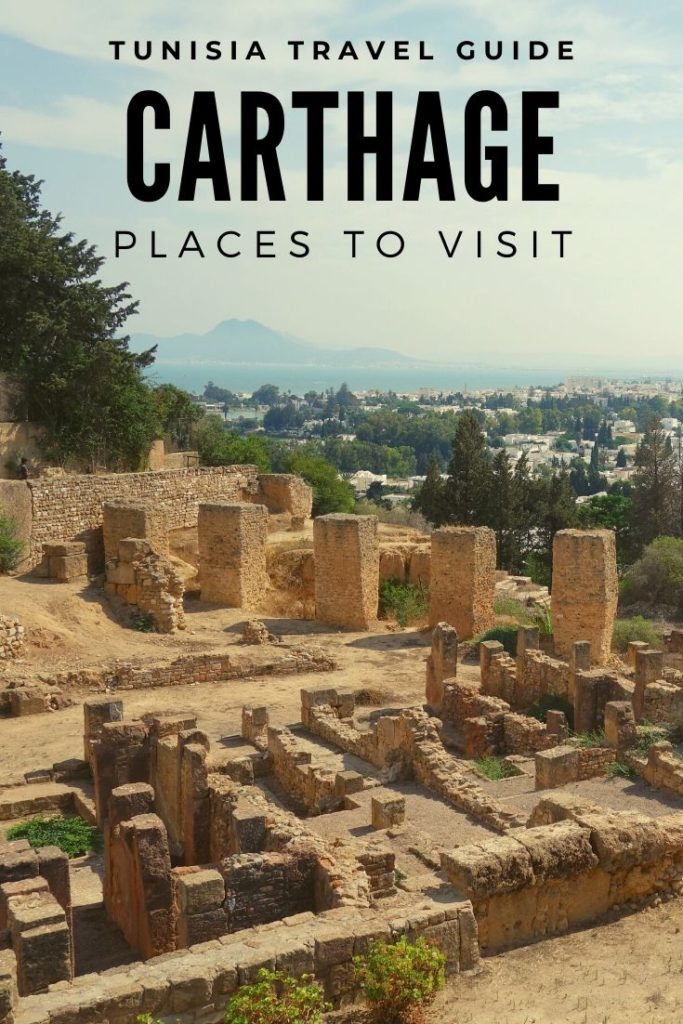