As you well know, if you have already been to Vietnam, the country is pretty well developed, even in the countryside. You will mostly see big cities, well-maintained roads, and technology everywhere. Vietnam still has a culture of its own, but overall, the way of life is quite similar to ours. So if you’re looking for a more authentic experience, skip the big cities and head directly to Kon Tum. In the middle of the mountains, Kon Tum is perfect for those you want to escape the city rush (and heat) and enjoy nature while learning about the other side of Vietnam: its ethnic minorities. Read on to discover all of the best things to do in Kon Tum, Vietnam.

Disclaimer: This post contains affiliate links, which means that if you click on any links and make a purchase I’ll get a small commission, at no cost to you.

Less touristy than Sapa, Kon Tum Province is well known to be the home of several ethnic minorities. Located in the mountainous area in central Vietnam, many tourists skip this part and go directly from Da Lat to Hoi An (or the other way around), and they’re missing on a great experience.

After living for a long time isolated from the outside world and under strict control from the government, Kon Tum is opening up to tourism. Until a couple of years ago, you needed a permit to enter most villages. Now its people are thrilled to meet with foreigners, and you will be welcomed with open arms if you decide to do a homestay there.

The ethnic minorities in south and central Vietnam 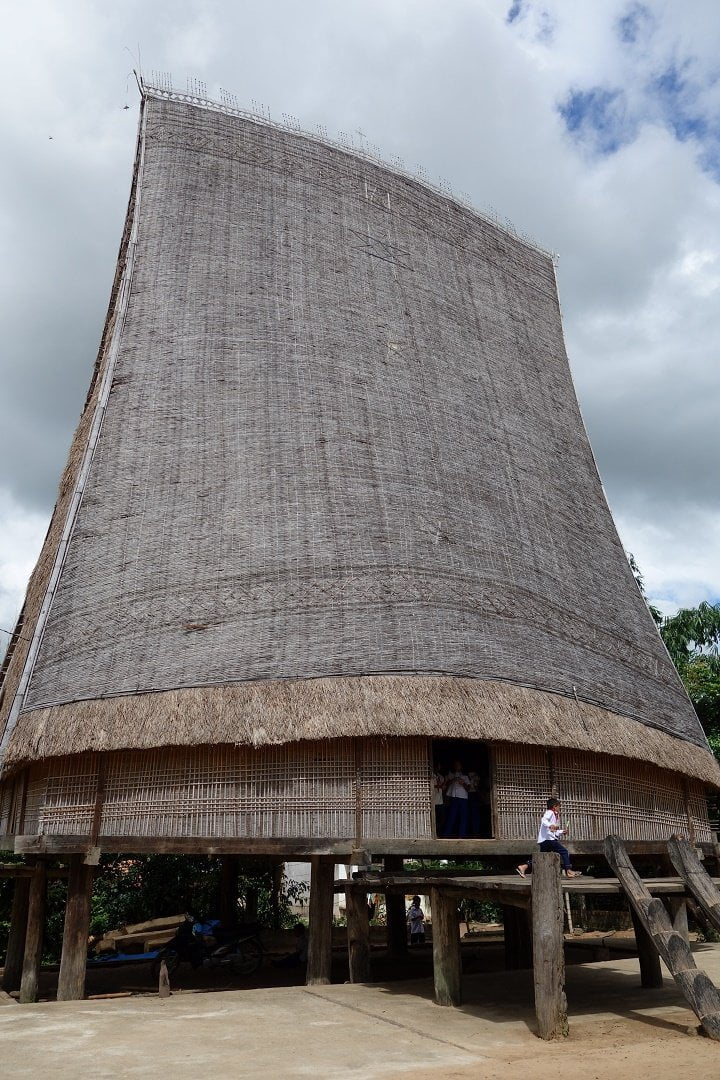 In Kon Tum, you will meet with Bahnar, Sedang and Giarai, and the smallest ethnicity in Vietnam: the Romam (less than 200 people).

Ethnic minorities in Vietnam live in mountainous areas and, before the French colonization in the 19th century, had little to no contact with Vietnamese people. The French colons opened up this area by developing agriculture, mostly coffee, tea, and rubber. Some protests from the villagers there arose, but they were dealt with quickly.

After the Independence from the French in the 50s, the Saigon administration adopted a politic of direct control over the area and seized ancestral lands, resulting in tensions and resentment.

Later on, during the Vietnam war, they tried to implement more independence for the Highlanders, but the Strategic Hamlet Program in the 60s only made things worse by forcing them to relocate “for their protection” to more secure locations. They also put into place a series of programs aimed at improving road access, health, education, access to electricity…

After the reunification in 1975, the central highland kept developing, but the improvements were unequal in some areas. To deal with overcrowding in the lowland cities, ethnic Vietnamese were sent to settle in the highlands, gaining access to land and as a majority (52% of Viet in the central highlands in 1980), to political power. 200 000 Highlanders have been killed since then, and thousands more have fled to neighboring countries.

In the meanwhile, FULCRO kept fighting for their rights, considered as terrorists, they surrendered to the UN peacekeeper in 1992. Most of its leaders were imprisoned, and the group was dismantled. But it didn’t end the protests, in 2001 and 2004 protests from thousands of Highlanders lead to many deaths and total lockdown of the area. Forced sterilization, forced marriage with Viet, killing and torturing, stealing of land, religious repression… were some of the crimes attributed to Vietnam regarding the ethnic minorities during those protests.

Since then, with the Vietnamese government being watched by the international community, the situation seemed to have improved. Foreigners are now allowed in the central highland, human rights violation seemed to have stopped, and the area keeps developing.

But don’t worry, everything is safe, there haven’t had been any signs of unrest since 2004 and as I said people are really friendly.

Read more about Vietnam’s ethnic groups. Keep on reading for the best things to do in Kon Tum.

How to get to Kon Tum:

Daily buses depart from Danang, Dalat, Ho Chi Minh, and cities around Kon Tum. There is no public transportation to most villages. You’ll need to rent a car/motorbike or hire a cab for the day. You can also hitchhike.

Where to stay in Kon Tum:

The city of Kon Tum in itself has not much to offer, but it’s a central location to explore the villages, and you can visit some colonial buildings. Having a pretty big university, the population is pretty young, and you’ll find lots of small, nice cafes scattered around town.

The best option would be to arrange a homestay in one of the villages. Usually, everything is included (food and accommodation) and you can join them in their daily activities if you ask. You can check out the Kontum Home Sweet Homestay in the Dakbla Commune or the Lang Ho Homestay.

If you want something more comfortable, you can check out the Indochine Hotel.

The Couchsurfing community is pretty active here, most members are students from south and central Vietnam studying there. 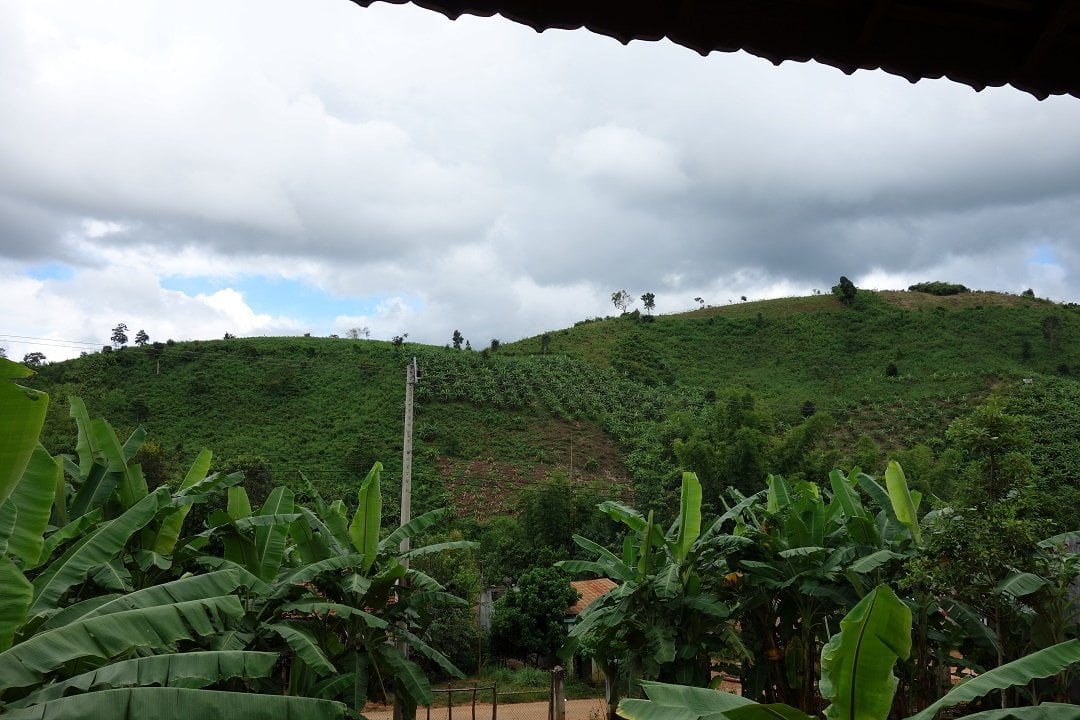 Best things to do in Kon Tum:

You can rent a motorbike in Kon Tum and drive around the area. The villagers are pretty welcoming, and you shouldn’t need a guide. Access to some of the villages used to be restricted. So if you want to go on your own, ask about it at your hotel first.

Don’t miss the communal stilt houses, with a huge roof. They are used for celebrations, town meetings, sometimes for school…

Best things to do in Kon Tum – Which villages to visit:

If you want to visit the village with a guide and/or go trekking, you can get more information at the Tourist Center in Kon Tum.

Among the best things to do in Kon Tum is visiting its colonial buildings. The must-sees are the wooden church and the bishop’s house. Behind it is an orphanage, they always welcome visitors if you want to stop by. 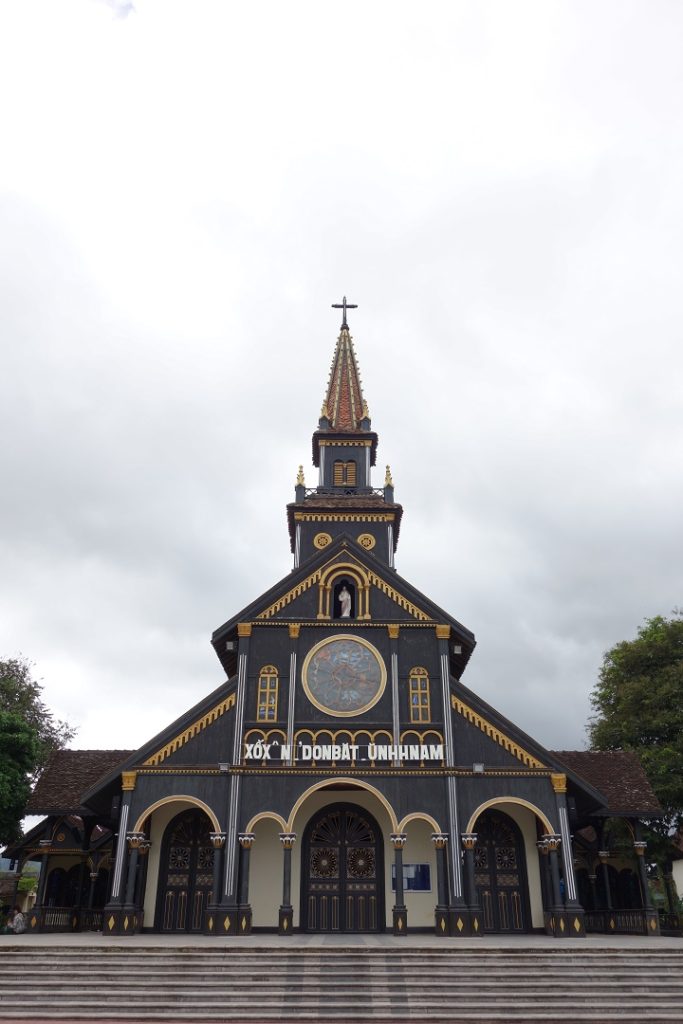 If you want to learn more about ethnic minorities in Vietnam and want to meet with different ethnicity, consider going to Ha Giang, in the North. 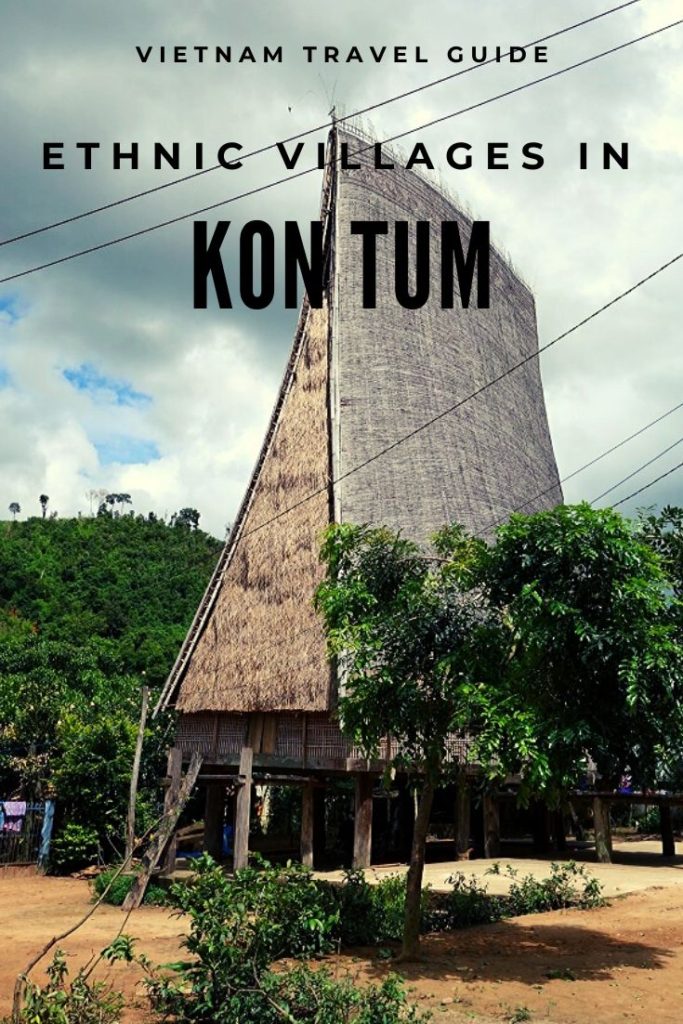