Have you dreamed of Thailand’s perfect beaches without any tourists? Are you looking for an authentic experience away from hoards of foreigners? Well, if you’re brave enough, Thailand Deep South might be just right for you. The provinces of Yala, Pattani, and Songkhla are beautiful, the people just amazing and the culture unique in Thailand as most people here are from Malay descent.

The coast is sparkled with paradise-like beaches, the countryside near the border offers some beautiful landscapes and you won’t forget the warm welcome you’ll receive. Few foreigners make the trip here because of the situation but the experience is worth taking the chance. 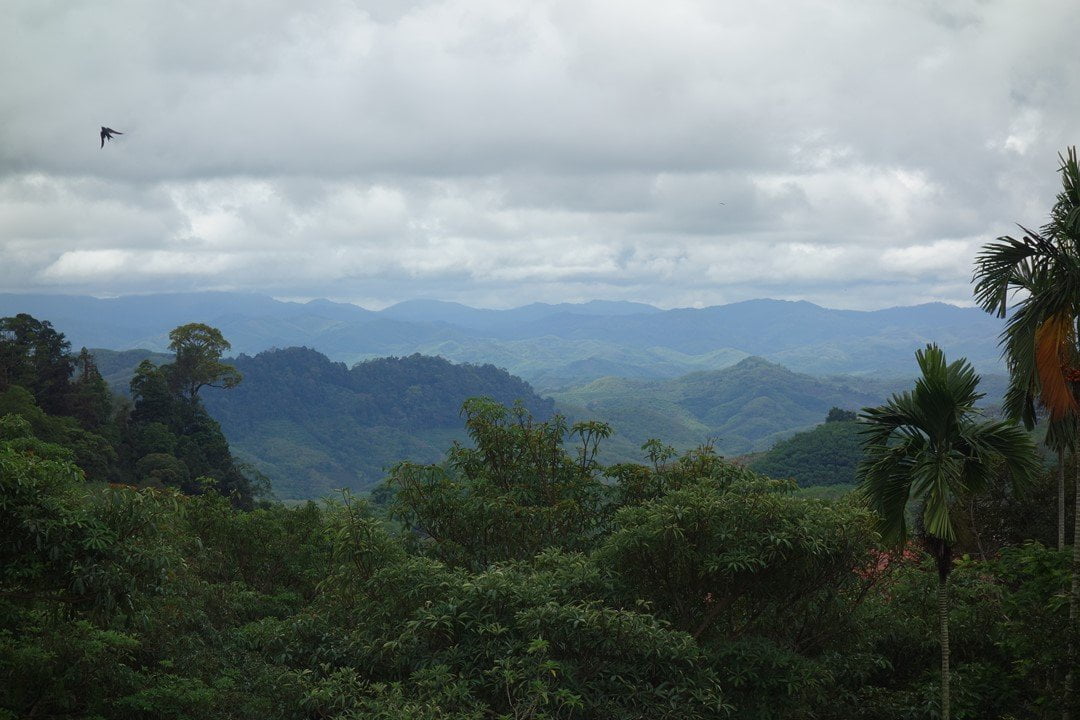 The provinces of Yala, Pattani, Songkhla, Satun, and Narathiwat used to be independent sultanates part of the Malay Kingdom. The people there are mainly Muslims Malay.

In 1909, Great Britain, which had power over some areas in Malaysia but not over these provinces, made a treaty with Thailand regarding the border between Malaysia and Thailand. The Anglo-Siamese Treaty states that these provinces will be part of Thailand from now on. Another colonial debacle.

The king of Thailand gave semi-autonomy to these provinces and left them to practice their religion and govern themselves through Sharia laws. A couple of years ago, around 2004 Thailand decided to have more control over the area and abolished the provinces’ independence.

Obviously, the tensions had already started in 1909, several militias had formed over the years to try to fight Thai’s forced assimilation. But 2004 marked a peak in the conflict, it became more violent and more and more attacks took place.

The insurgents believed that by causing unrest in the Buddhist country, which believes in peace and non-violence, the government will get tired and just give up. Let’s just say that Thailand is not known for giving up territory that easily.

This being said, the conflict is slowly tuning down and attacks are less and less frequent. Most people there don’t really care about their independence and just want the conflict to cease.

Yes and no, I’ve recently seen Thailand put on the top 10 most dangerous countries in the world because of these provinces and what’s happening there. To me, it’s completely over-dramatic. Yes, the area knows some unrest but most of the time you won’t realize there’s a conflict going on there. There are some executions and some bombing on public places going on but rarely. And they never target tourists. It’s all about being in the wrong place at the wrong time and it’s also all about judging the situation for yourself. I’ve decided to take the risk and go there because I lived in Corsica for 2 years, and there are way more executions and bombing going on there than in Thailand, even in the village I was living in I often heard gunshots. I’ve never felt unsafe at any time in Corsica, so I thought that if it’s was ok for me to live in Corsica, I could go to Thailand’s deep south.

In 2017, 235 people died because of the insurgency, this number includes rebels and police/military officers. Comparatively, around 25 000 people die each year in Thailand from road accidents, with Thailand being the number one country in the world for the number of traffic accident deaths. Among these deaths, 1750 people were pedestrians.

I really love the vibe in Songkhla. The historical center is a gem, it reminded me of a smaller Penang with a lot of street art, ancestral houses and several super nice coffee shops. You can explore on foot but the easiest is to rent or find a bicycle. There’s also a nice beach not far from the center. The beaches in south-east Thailand are different from what you’ll see on the islands. They’re usually really wide and long and the water gets deep really fast. Be careful if you want to swim, in some periods there can be highly poisonous jellyfishes. 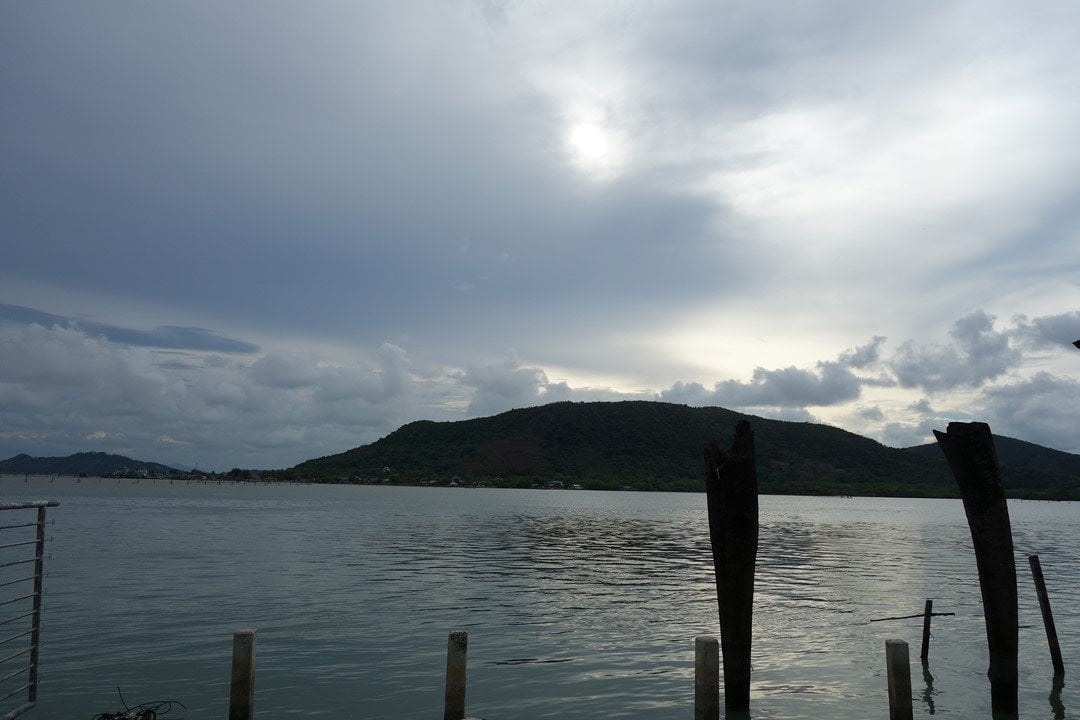 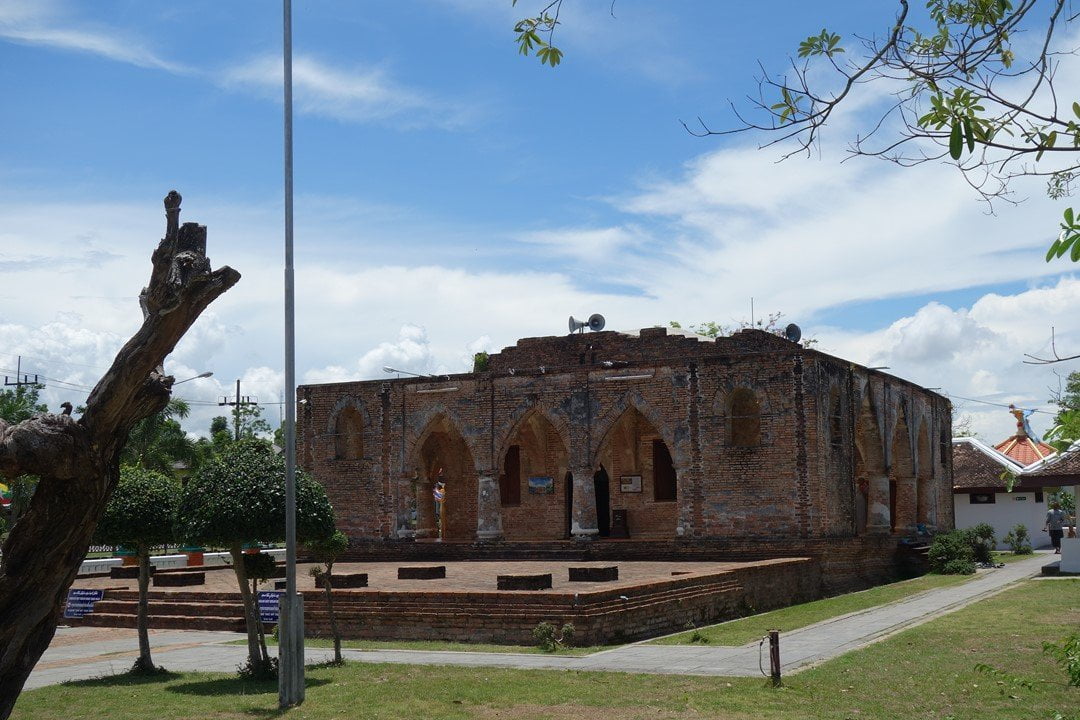 In Pattani, you will find one of the oldest mosques in Malaysia and Thailand. Krue Sae mosque is around 500 years old and the construction was never finished. You cannot enter it if you’re not Muslim, but just seeing the outside is sufficient. It’s the first stone mosque I see in Asia, it was built in a very simple way.

When I was there I got lucky enough to be invited to join a university class who was visiting Pattani with their history teacher. He told me that in this area, before people started converting to Islam, Chinese and Buddhist cultures had a very strong influence. So when people started to convert to Islam, the mosques they built were looking like temples. They, later, tore it down to build more traditional mosques. That’s why you cannot see many old mosques in Malaysia and southern Thailand, and that you’ll see none from around the time Islam got there. 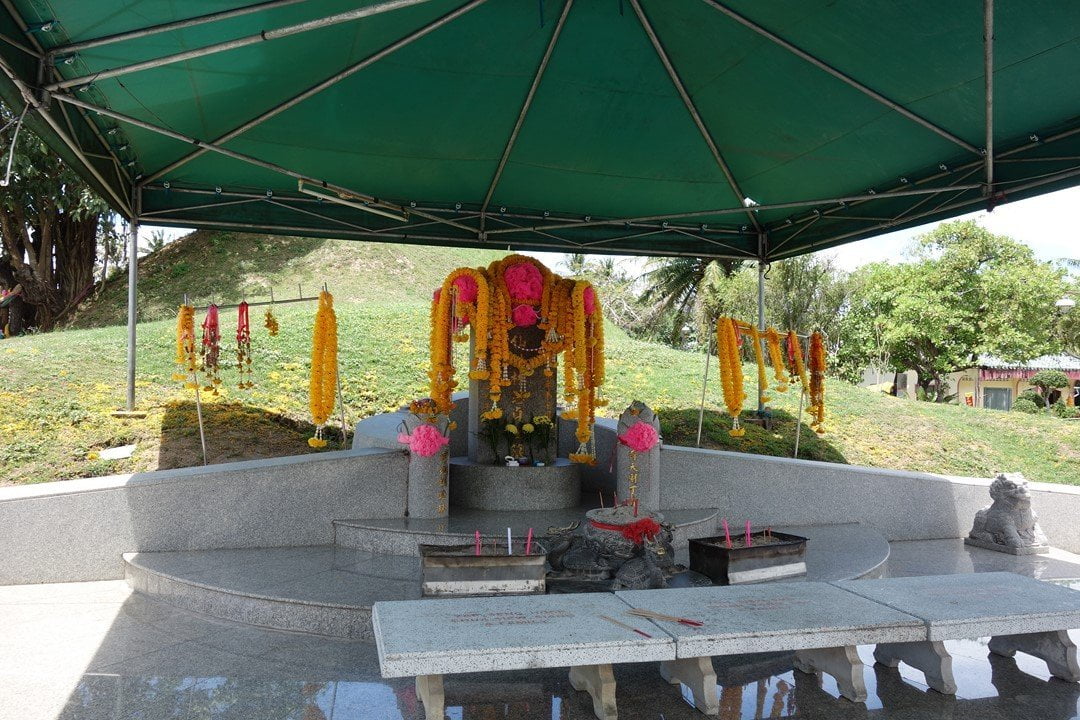 Next to the mosque, you’ll find San Jao Leng Ju Khieng Shrine. The story of this shrine is intermingled with the story of the mosque. In the 16th century, a rich nobleman from China visited Pattani and fell in love with a local girl, he converted to Islam and married her.

Later he started to build the mosque but his sister came to convince him to come back to China with her. He refused and the sister cursed the mosque, swearing it will never be completed. Regularly, lightning would strike the construction and delayed it. But nothing worked to convince the brother, desperate, the sister hanged herself from a tree nearby.

The shrine was built to commemorate her and the brother decided to cease building the mosque. All other attempts to complete the building have failed so far. 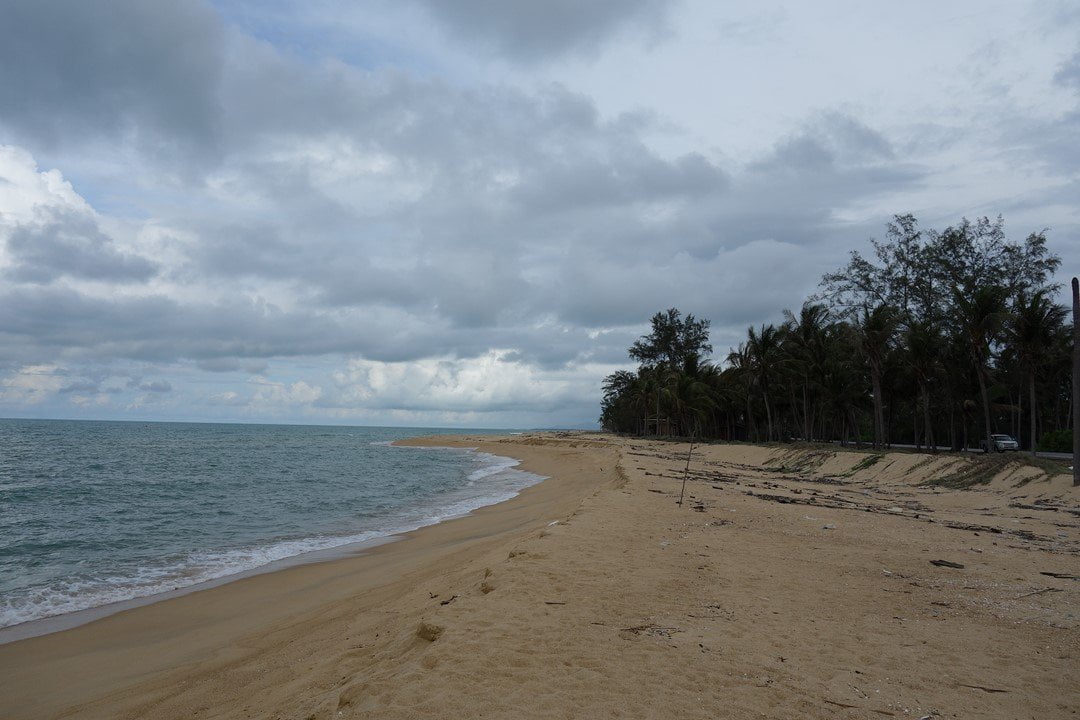 Pattani also has some nice deserted beaches, perfect to camp or have a barbecue.

Unfortunately, I didn’t have the time to visit Narathiwat. The province has a lot to offer in terms of culture as well as in terms of nature. To learn more about the national parks and other activities you can check out this website.

Betong is my favorite places, located in the mountains near the Malaysian border, the scenery there is breathtaking. Surprisingly there are a lot of things to do there.

This 2000 meters high viewpoint is just amazing, the scenery is truly breathtaking. From there you’ll literary see a sea of clouds. Above the clouds, you’ll only spot a couple of peaks from the surrounding mountains. The best time to go is early morning, that’s when the clouds/fog are thicker and seeing the sunset over the clouds is just magical. 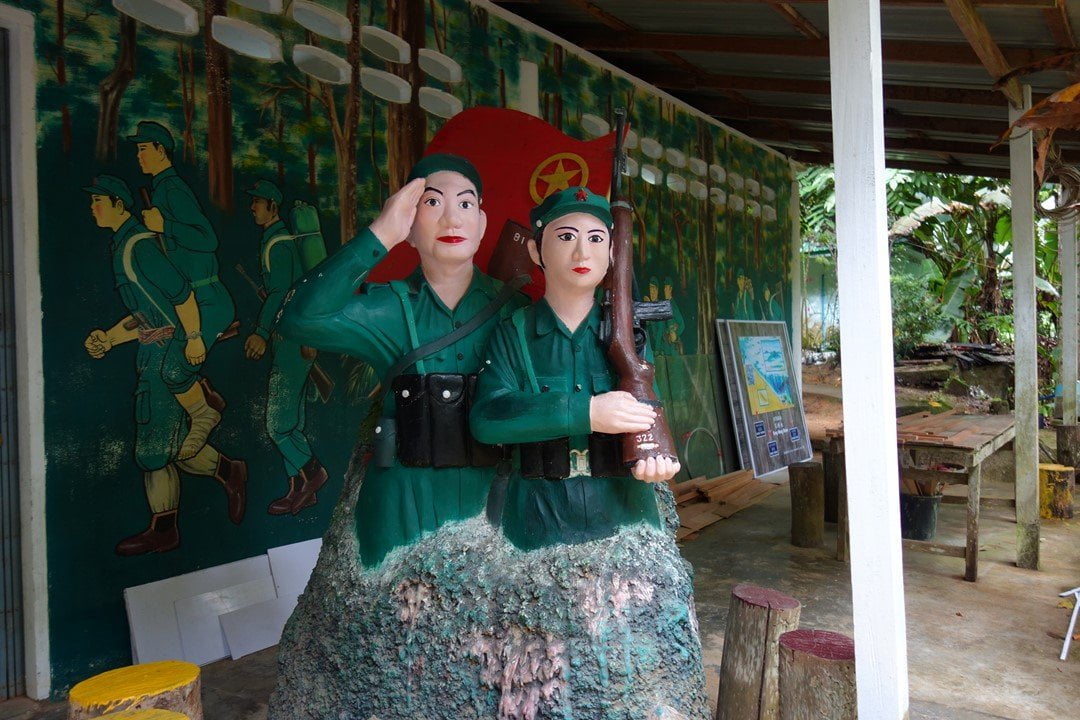 During the 20th century, communists in Thailand and Malaysia had a hard life and often had to hide, mostly underground. In Betong, you can visit the Piyamit Tunnel where resistants from the communist party of Malaya used to live to protect themselves from air raid and to store food. Built in 1976, the tunnel is 1 km deep and up to 20 meters wide. They will explain to you everything about the history of the place, how people used to live inside the tunnel and how they could stay hidden so well.

The hot springs are in the middle of the city, they dug up a pool and fill it up with natural hot water. The pool is really shallow, and most people only put their feet in it. There are places where the water is too hot to take a deep but just warm enough to cook eggs. The entrance is free. 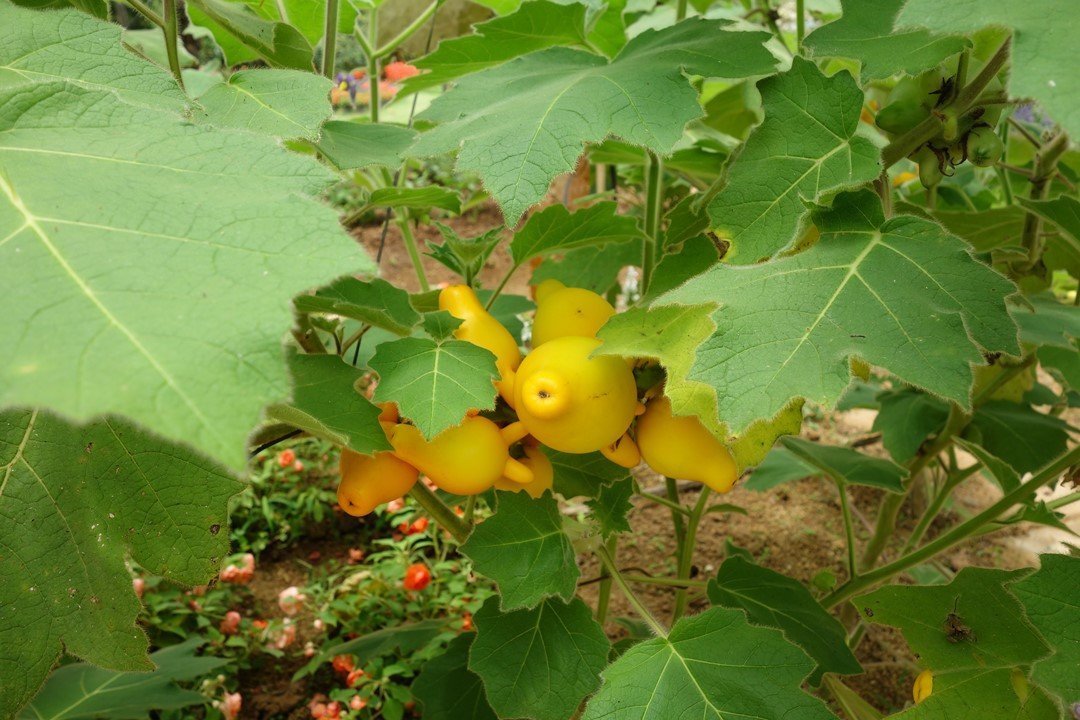 This place is half a hotel and half a botanical garden. You can visit the garden even if you’re not stating at the hotel. It’s called Winter Flower Garden but you can go any time of the year. They also grow fruits and vegetables there. It’s a nice place for a stroll and to learn about the local flora.

There’s also a museum in Betong.

Yala Province also as a lot of hidden gems such as the Sin Cave also called Tham Sin. There you’ll find ancient cave paintings dating back to the 14th century. The paintings represent Buddha as well as several women’s portraits from the Srivijaya period. You can also visit Krachaeng cave, the surrounding landscape is beautiful and during the dry season you can cross the cave and from the end visit 3 other caves.

There are also several waterfalls such as Namtok Tawan Ratsami (or Bu Ke Pilo waterfall), this waterfall is amazing because the light reflecting on the stones create a sort of yellow light coming out of the water. Sukthalai and La-ong Rung waterfalls are also worth a stop.

On the way to Betong, you can visit the Sakai village, home to the Sakai aboriginal community. It used to be a nomadic tribe, but the Thai government quickly put some order into this lifestyle. They now live year-round in the same village and people were put to use in rubber plantations.

Advice before you go :

I think 90% of me enjoying my stay there was because I did Couchsurfing and the people were so generous.

If I had stayed in a hotel the experience wouldn’t have been as good as it was. Discovering the culture is an important part of going there, it’s hard if you’re staying in a hotel. Furthermore, many places cannot be reached using public transportation and I’m not sure you’ll easily find a motorbike or car for rent.

Always check the news and what’s going on there before deciding to go. Things can change rapidly and the situation can get worse as well as better (hopefully).

The only public transportations in these provinces are the train or the minibus. Minibusses can drop you off where you want if it’s not too far off their usual route. No one speaks English there, so ask your host or hotel to speak with the driver.

As these provinces are Muslims and never see any tourists, please don’t wear a swimsuit at the beach, just keep your clothes if you want to swim. Outside of the beach also wear appropriate clothing (knees and shoulder covered).

You can easily cross the border with Malaysia, the train goes all the way to the border but you’ll have to take a bus after crossing the border. Note that there are no more trains in northern Malaysia as the line was flooded a couple of years ago and they never bothered to fix it. So the bus is your only option.

Related articles to help you plan your trip to Thailand: 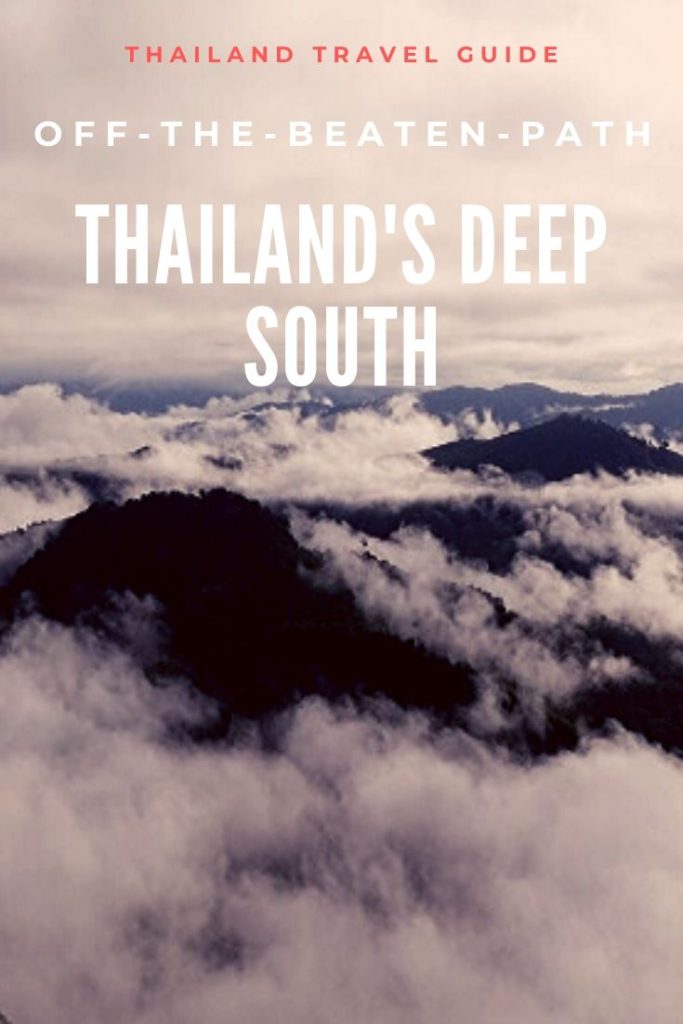