Sinharaja Rainforest is the only lowland tropical primary rainforest left in Sri Lanka and has been recognized as a UNESCO biosphere and world heritage site. Located in the southern part of the island, Sinharaja is spread over 18900 acres, but the forest used to be much bigger. Its highest peak is 1,170 meters high. It possesses a really rich ecosystem with a lot of endemic species and a great diversity of habitats. It’s also a major eco-tourism destination in Sri Lanka. 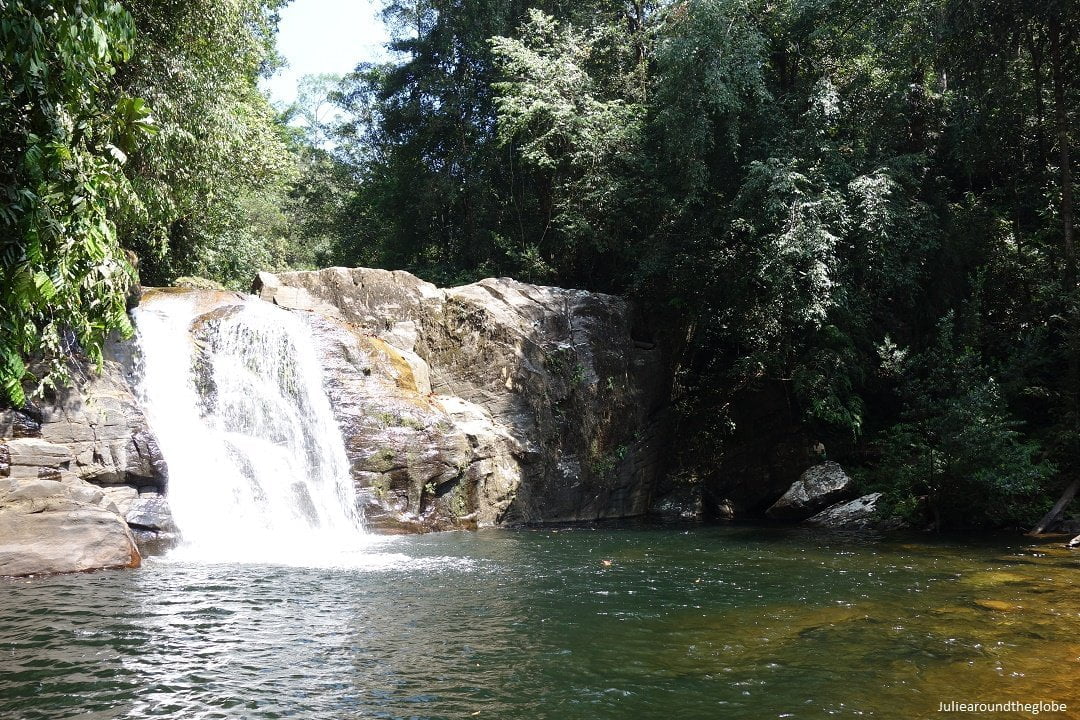 The name of the park comes from the Sinhalese word “Sinharaja” which means King Lion. Legend has it that Sinhala people descended from a princess and a King Lion who was living in this forest.

Government and local people started realizing the importance of preserving the rainforest and measures have been taken to protect what was left and to try to regrow some parts. Sinharaja rainforest is still facing many dangers, development around it is important, and several hydropower plants have been illegally built, reducing the water flow to the park.

The fauna and flora there are amazing, the guides are really knowledgeable and will point out the different plants and animals. Mostly lizards and snakes are to be seen, there are also some leeches inside the bushes, be careful. Fifteen leopards live in the forest but they hadn’t been seen in a while, so it’s unlikely you’ll spot one, same for the three elephants staying there.

To make sure wildlife live undisturbed in Sinharaja Rainforest, the part where people are allowed to trek to is limited to a small portion of the park. There are 21 endemic bird species present there, as well as about 60% of endemic trees and 50% of endemic mammals. The biggest mammal you’re likely to see is the purple-faced langur, a black endangered monkey endemic to Sri Lanka.

There’s a village inside the protected area, they are allowed to cultivate some land and the villagers are the only one allowed to come into the park with a vehicle. Only motorbikes can manage to pass the small path, it’s impressive to see them drive by because well it’s a path made for people on foot, so really narrow and uneven. 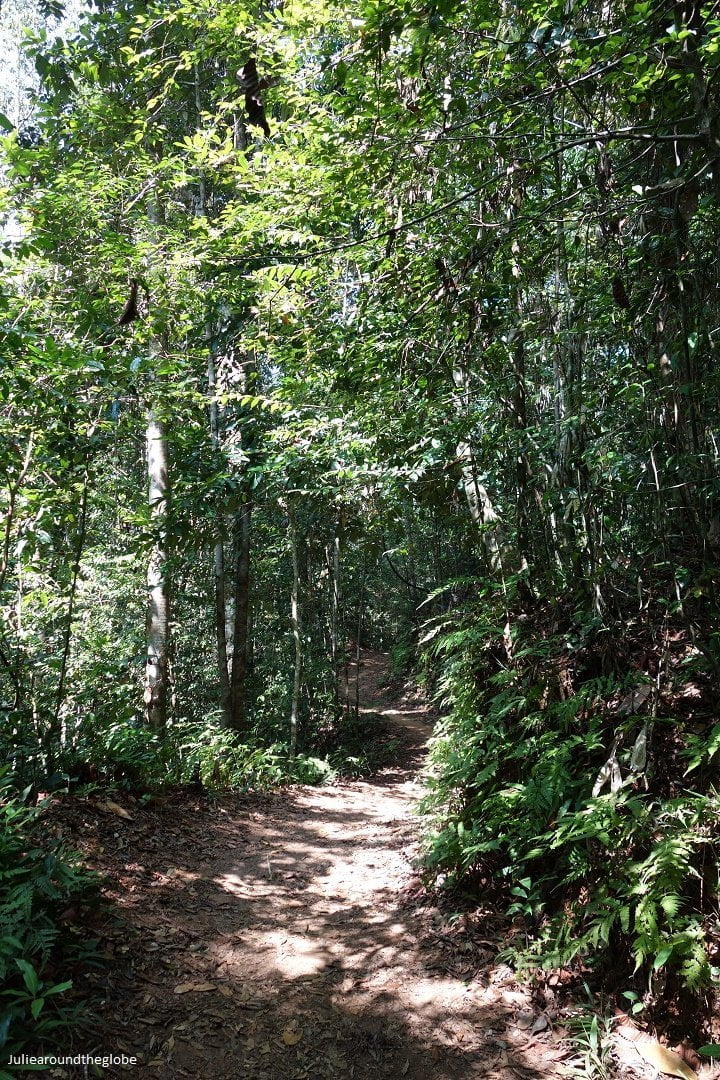 The trek is easy and is about one hour depending on how long you stop to watch the wildlife on the way, then you get to the river, cross it and walk to the waterfall. The place is really nice and you’ll have about one hour to chill there. Maybe for girls, it’s better not to wear a bikini, especially if there are only Sri Lankan men around. All the groups come at the waterfall so you won’t be alone.

It’s mandatory to hire a guide to enter the National Park, you can arrange it at your hotel, they usually sell packages with transportation. You can also go on your own with buses and hire the guide at the entrance of the park. Beware, getting to the park by public transportation is doable but complicated, there’s no direct bus and they don’t take you right in front of the park. If you are 3 it’s not really much more expansive to book the package with your hotel. 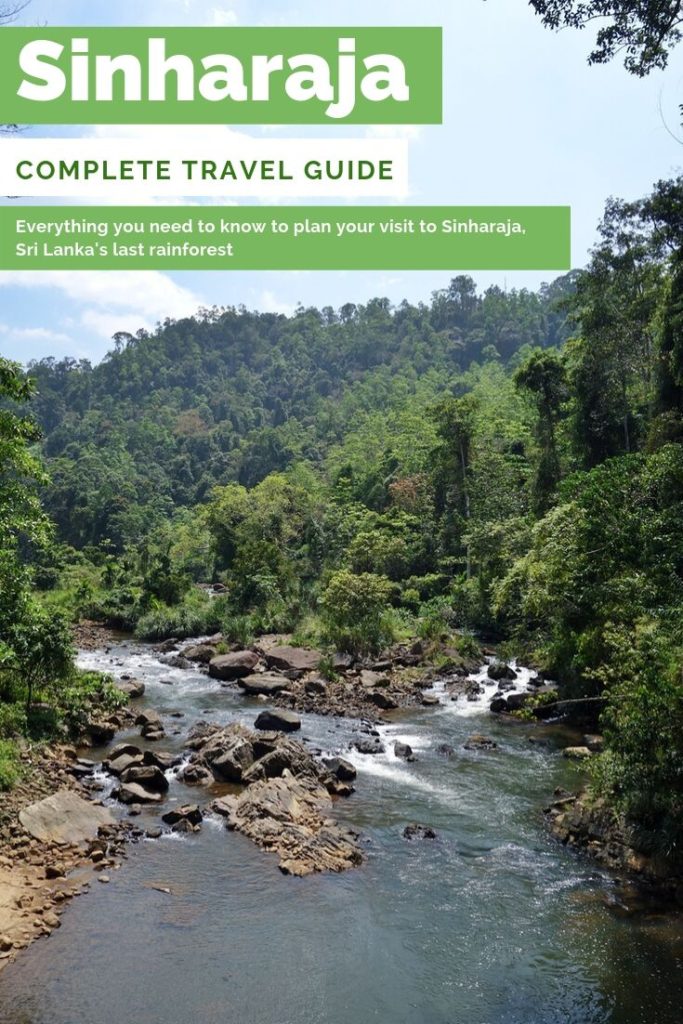