Nalanda Gedige is a Dravidian stone temple located in Matale district, in Sri Lanka, and remains a mystery for many. Experts haven’t been able to precisely date its creation, they estimate it was built between the 8th and the 10th century. The mix of Hindu and Buddhist style is also really confusing. The architecture is definitively Hindu, the temple is similar to many others found in India at the same time, and the fertility sculptures definitively point to Hinduism but all of the other sculptures and carvings present are Buddhist representations.

There are two common explanations for the hybrid nature of Nalanda Gedige:

Later, the temple was abandoned again and left to decrepitude. It was rediscovered in 1893 by the British Archaeological Commissioner H.C.P. Bell who described it as a “little-known and solitary shrine of granite construction, popularly styled gedige. It is situated on raised ground in paddy fields, picturesquely surrounded by low hills and wooded hamlets”.

Excavation process started in 1911, the jungle was cleared, the stones excavated and they tried to rebuild the temple, but many stones were missing and it took a while before the temple was fully restored.

In the 1980’s, a reservoir was built next to the temple and was threatening to flood the place where the temple stood. Local authorities took on the task to dismantle the ruin and rebuild it a bit farther, in a higher position. Visiting Nalanda Gedige: What to expect

When you visit Nalanda Gedige, someone from the headquarter will guide you around and explain a bit to you about the place. They will ask for a tip, just know that they are employed by the government and get paid to guide visitors.

The temple now is just an archaeological site and even if some people still make offerings there, it’s not used as a religious place anymore.  You still have to respect the Buddhist dress code though (knees and shoulders covered, no hat or cap).

The site is open every day, from 8 AM to 6 PM. It’s pretty small so half an hour is enough to visit it. You can visit from Dambulla or on your way to or from Kandy. The entrance fee is free.

How to get there: The temple is along the Dambulla-Kandy road (closer to Dambulla), you can take any bus and ask to be dropped off at the temple. Every Buddhist country has different ways of practicing, so for example, in Vietnam, the dagobas look more like towers, in Thailand, you’ll often see green Buddhas and so one… The architecture is always different. The lake next to the temple is truly beautiful and is worth a stroll along its bank, watching fishermen, and locals in their daily activities. Nalanda lake is a quiet and peaceful place, really appeasing, and a marvel of nature, even if man-made. The view of the surroundings is just mesmerizing.

Also on the Kandy-Dambulla road and not far from Nalanda Gedige, you can visit Euphoria Spice & Herbal. It’s a garden where they show you (and try to sell you) the different plants that grow in Sri Lanka, and their use. They also give cooking classes.

Trekking in the Knuckles Mountain Range

One of the best places in Sri Lanka if you like outdoors. It’s a bit hard to plan a trip there independently, that’s why it is not touristy at all, but if you have the budget for it you should definitely organize a trekking or wildlife spotting trip with a local travel agency. 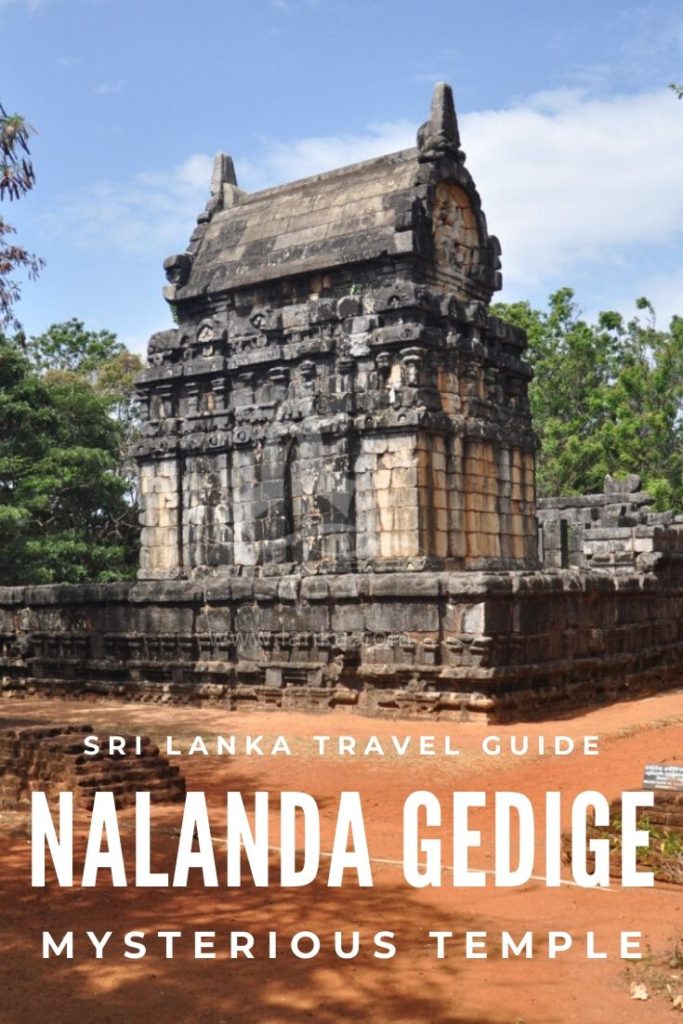