Mayapan near Merida in Yucatan used to be a powerful Maya city. Today, you can wander around its ruins, imagining what life could have looked like when Mayas were inhabiting the city. A visit to Mayapan from Merida is a must-do, don’t miss this incredible archaeological site.

The fortified city of Mayapan was known as the Maya’s Banner. It’s the last significant Maya capital, and around 4000 structures have been found there.

The League gained importance after the defeat of the Itzaes who were ruling the area at the end of the 13th century. Internal fight for control led to the league dissolution in 1440 when the Cocons abandoned the city to go to Sotuta.

Mayapan used to be an important cultural center. The city was richly decorated with spectacular sculptures and frescoes representing war scenes, and religious ceremonies. Some of it can still be admired today. It’s one of the rare Maya sites where you can see traces of paintings and murals.

Read more about Yucatan’s history and the Mayas.

In Mayapan, you’ll see civic, administrative, religious structures, and the houses of the higher classes. You can climb on top of every building. The area where the ruins are is pretty small, which makes it better to picture how people lived there centuries ago. Everything is pretty well preserved, especially the pyramid.

The good thing about Mayapan is that it’s off most tourists’ radar, so you get to see ruins just as marvelous as in Chichen Itza but without the crowd. When I visited, there were only 10 other people there.

How to get to Mayapan from Merida

You can take any buses or van heading to Tikit or Mayapan, Be careful, the archaeological site is not located near Mayapan city, the closest town is Telchaquillo. Buses leave every day at 8:30 am, 9:30 am, 11 am and 4 pm from the bus terminal on Calle 67 between Calle 50 and 52. By bus, it takes around 2 hours. To get back you can just wait on the main road for a bus or collectivo to pass, you can also hitchhike.

If you rent a car, it takes around 30 minutes once you’re out of Merida. You can visit one of the nearby cenotes on your way back.

You can also join a tour to Mayapan from Merida.

Useful information for planning your trip to Mayapan from Merida: 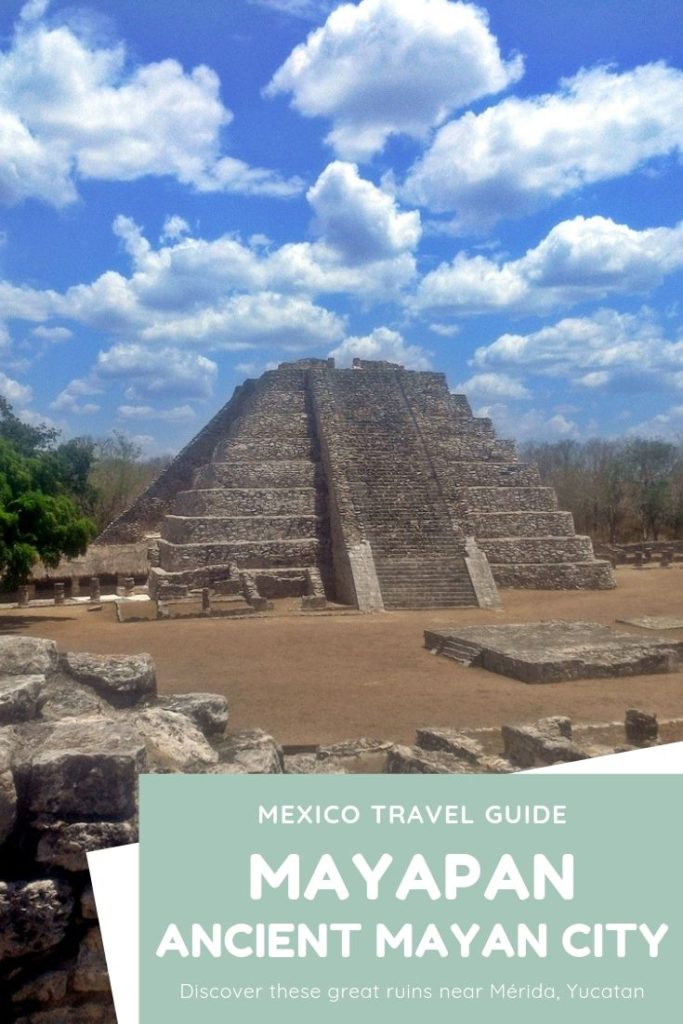