Kaludiya Pokuna is an ancient monastery, located deep into the Sri Lankan jungle near Dambulla and Sigiriya. The place used to be called Dakkhinagiri Vihara and was built by King Saddhatissa in the 2nd century BC. Later, during the 6th century AD, King Aggabodhi developed the site by adding a chapter house. At some point, the place was abandoned.

Unfortunately not much more is known about Kaludiya Pokuna and the more important archaeological sites nearby are attracting most visitors and most conservation efforts. They don’t even get visitors daily, when I got there I was the only one. Probably also because it’s hard to reach and people just don’t know about it.

Now only ruins remain, the most striking features are the dagoba, which is really well preserved, and some Sanskrit inscriptions found in what used to be a cave but is now open. The actual name come from the Kaludiya Pokuna (pond known for its blackish water) in Mihintale. 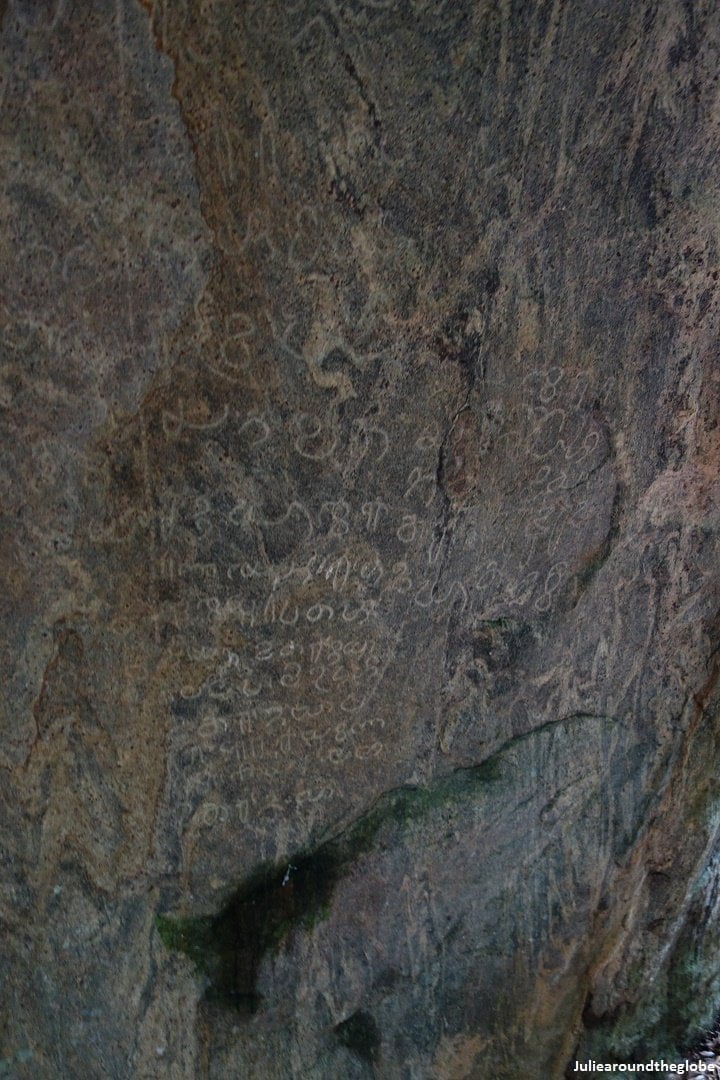 The trek through the jungle is just amazing, the forest is home to many endemic species and because it’s so remote, hence quiet, it’s easy to spot wildlife. The trek is a nice and easy one, the path is large and well cleared and there’s only one way to go so it’s impossible to get lost. The forest is really appeasing, and the landscape is wild. There’s truly zero human signs here, except for the path. 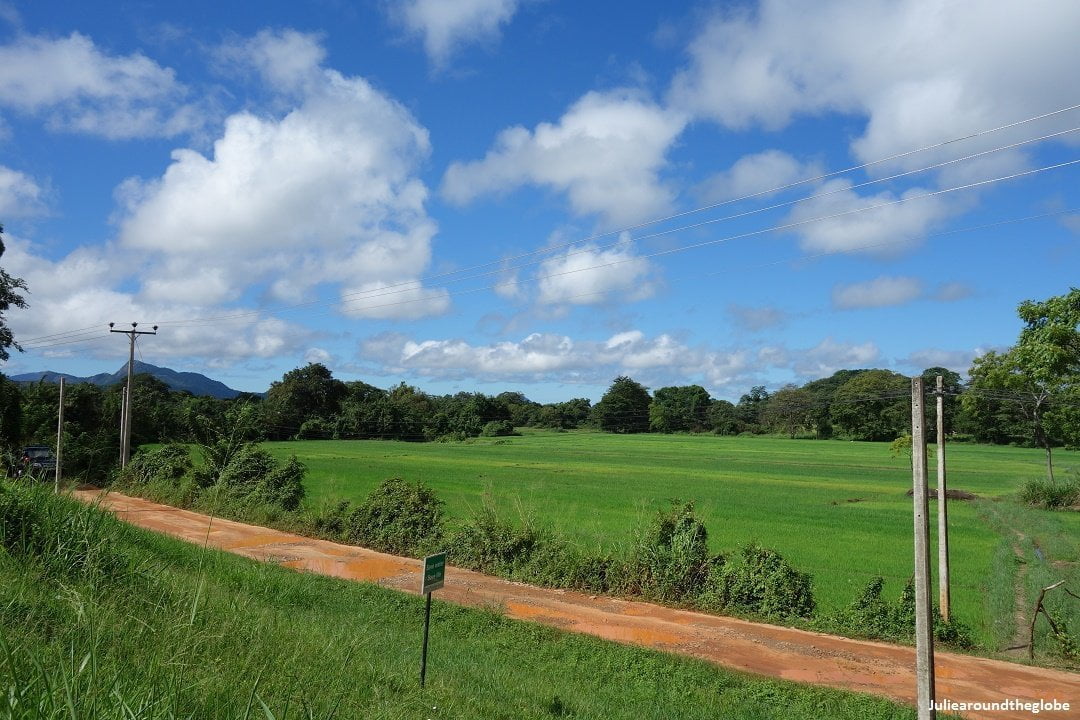 The trek is as much interesting as the ruins, having to cross the jungle to see them turns the day into an adventure and increase the value of the site once you reach it.

When I got to the ruins, there was only one man here, working for the archeological office. I got a bit scared when I realized I was in the middle of nowhere, alone with a Sri Lankan man, especially when he started following me to show me around after I had told him I wanted to explore on my own. Well, it was just paranoia, he was nice, showed me the interesting features and explained a bit in his broken English. And he didn’t even ask me for money, which is rare in Sri Lanka.

He also added a layer to my fear telling me about the leopards he sometimes sees at night around here, then I realized I had walked by myself, in the jungle, home to leopards, elephants, monkeys, poisonous snakes… It’s good to be fearless but not to be stupid, just go there with someone, even the monkeys can be dangerous. 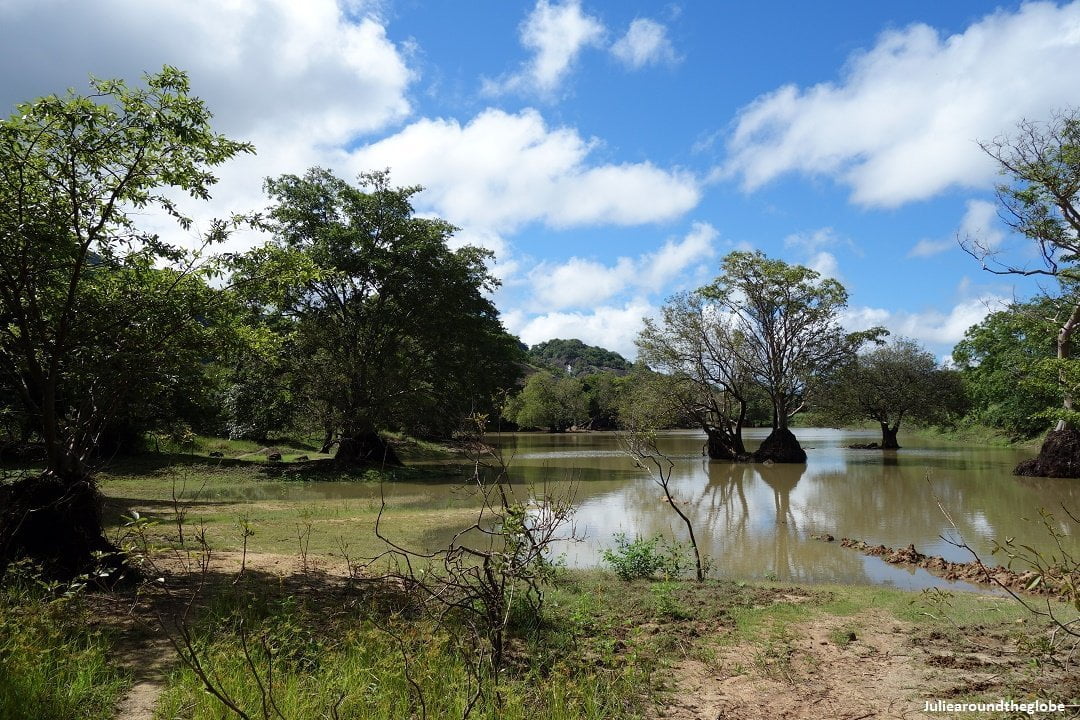 The ruins are easily accessible from Dambulla by bus (take it in front of the caves at the crossroad). They will drop you off at the intersection, you’ll have to walk for about an hour and a half. Bring food and snacks, there’s nothing on the way, except a nice Ayurvedic Retreat about 500 meters in. If you don’t want to walk you can go by motorbike but the road is not that good, avoid if it has been raining recently. 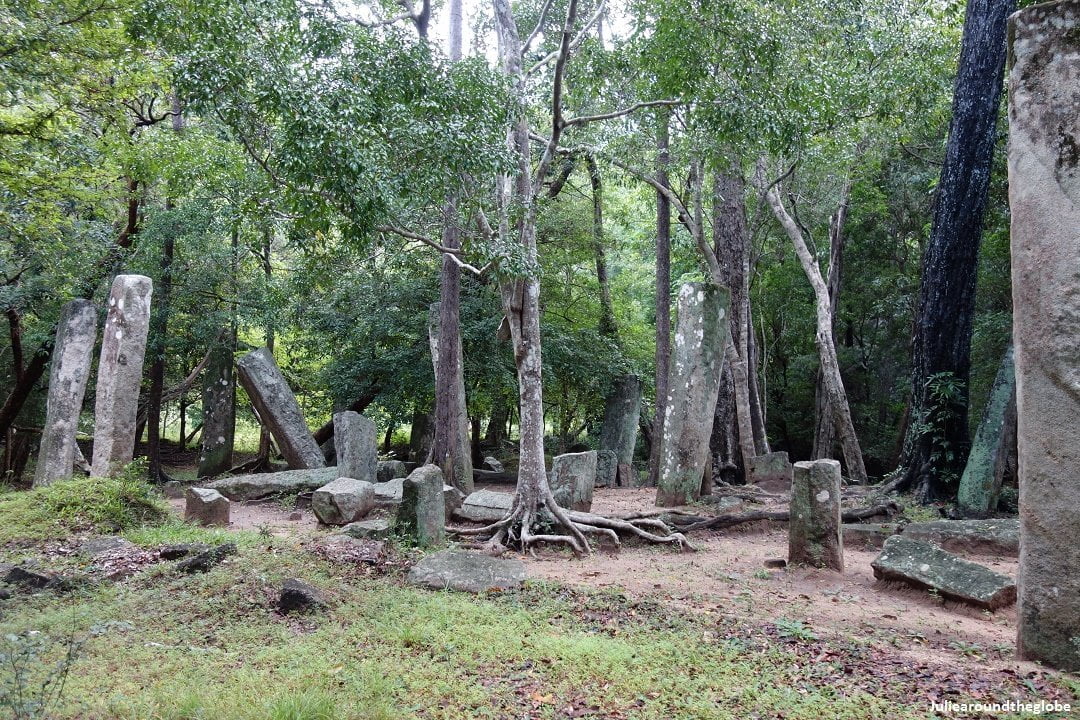 You can also check out the nearby Golden Caves Temple and Sigiriya Rock Fortress. 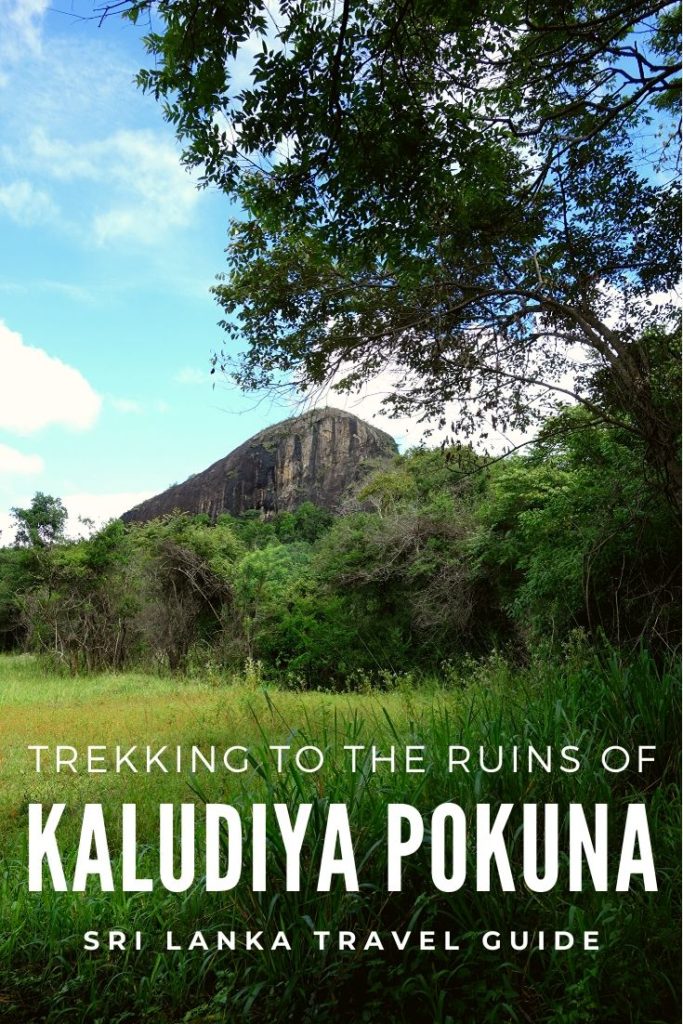