Horton Plains National Park is a protected area located in Sri Lanka’s central highlands. Famous for its mountainous meadows and its cloud forests, the region has been classified as a World Heritage Site by the UNESCO together with the Peak Wilderness Sanctuary and the Knuckles, located nearby and worth a trip if you’re around. 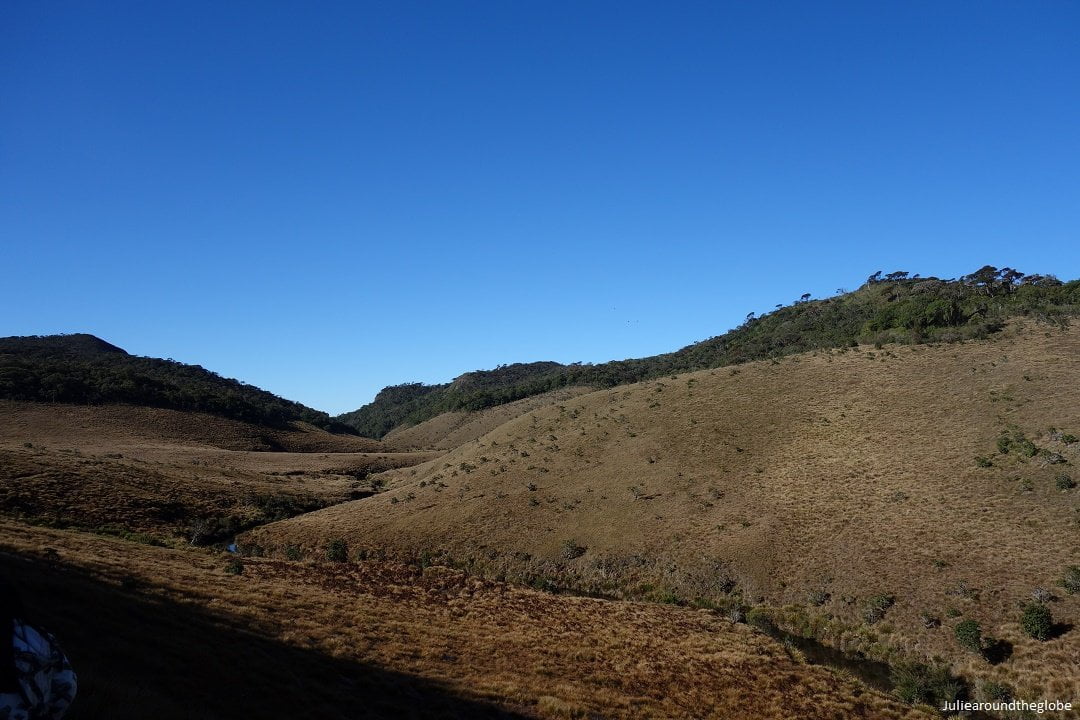 Horton Plains’ plateau is about 2 200 meters high and is home to many endemic birds, mammals, and amphibian species, some you’ll only find in the park and nowhere else in Sri Lanka or the world. Most animals are hard to spot, if you’re patient, you might manage to see some birds and squirrels. On the contrary, deers are really easy to see, people feed them so you’ll probably see one or two wandering around the parking lot. They are used to humans and are not scared at all, but keep in mind that even if they look peaceful, they are wild animals and may feel threatened, and attack, if you come too close. 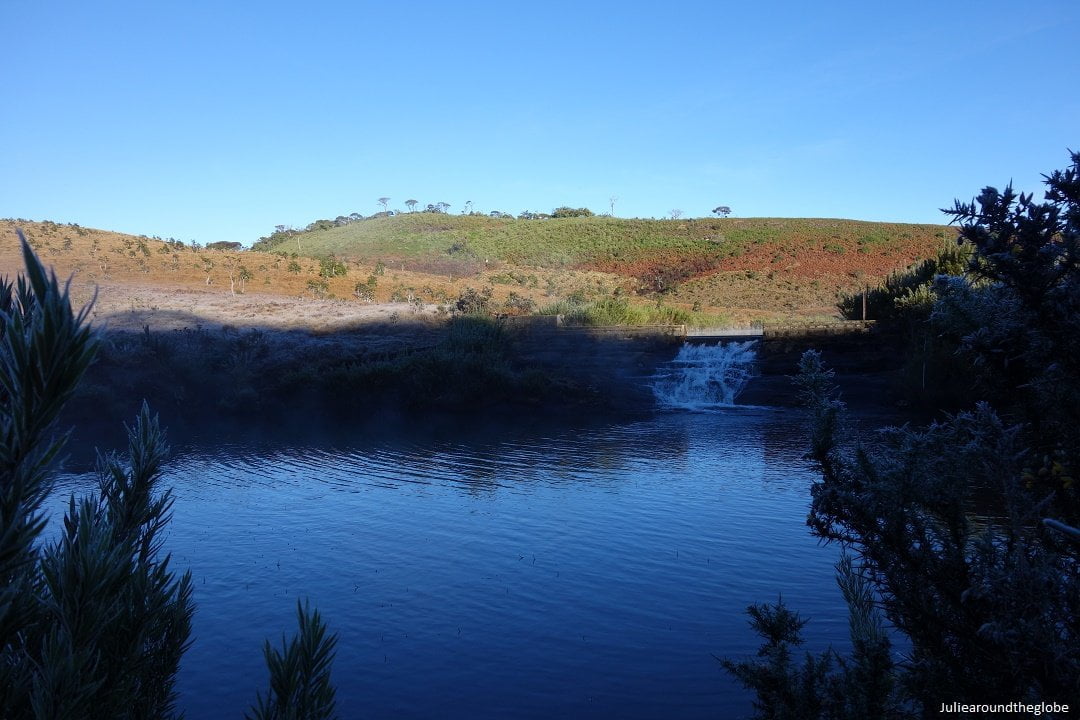 Horton Plains also has an important archeological value. Stone tools have been found there, dating back to the Balangoda culture, from Sri Lanka’s late Quaternary period. The oldest evidence of the Balangoda man is found dating back to 38 000 BC and cover a 16 000 years period. Evidence also showed that the area used to be semi-arid, about 20 000 years ago. The plateau was rich in iron ores, and people used to climb there to get wood and built canals to irrigate their fields downhill. In 1873, wood exploitation was forbidden, and the area located above 5 000 feet was declared a protected zone by the British administration. 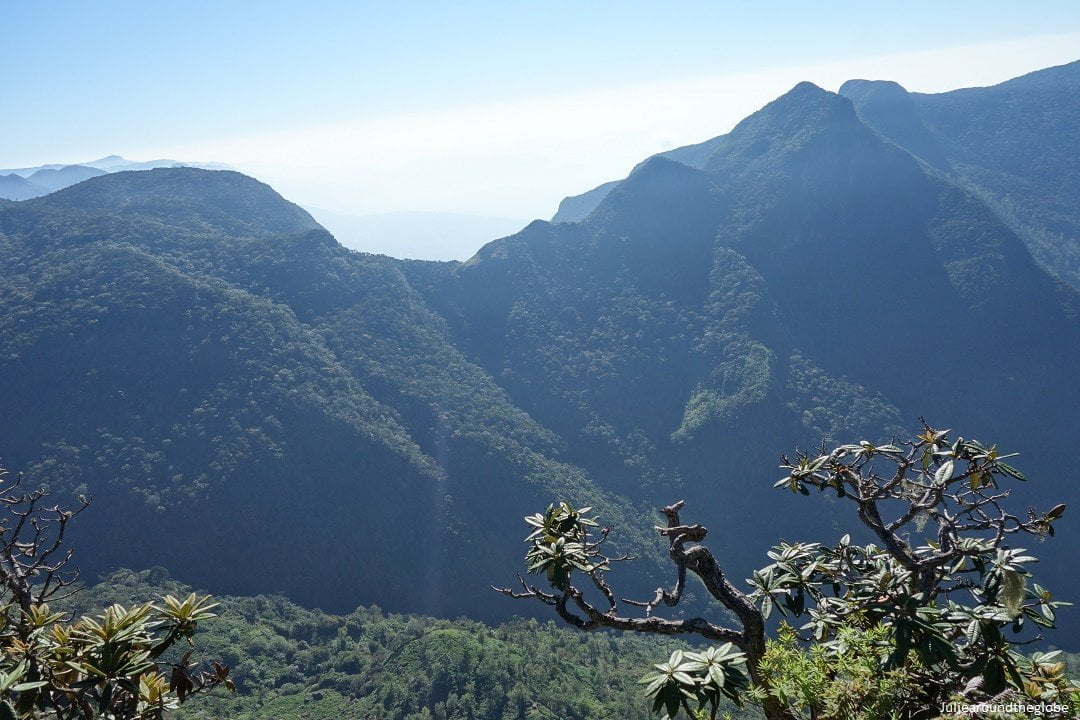 The park used to be called Mahaweli by Sinhalese people, which means “the great plain“. The Park is now called after Robert Wilmot Horton, governor of Ceylon, from 1831 to 1837. The story says that Horton had arranged for a meeting with the Ratemahatmaya (chief) of the Sabaragamuwa in Mahaweli. The meeting went so well that they celebrated all night, eventually burning the camp down. Since then, the area was known as Horton Plains. 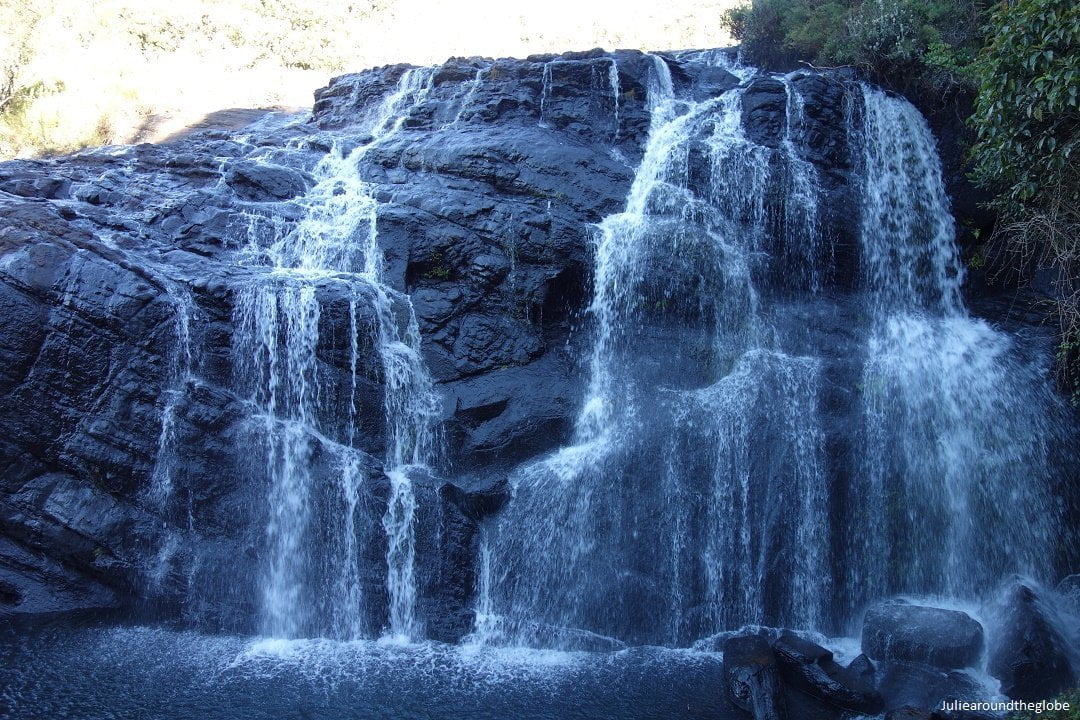 One of the most striking features of Horton Plains is the world’s end viewpoint, next to a 1 200 meters cliff, the view is just breathtaking. On clear days you will even be able to see the ocean. This view is what has made the Park so famous, and it’s also what makes the trek incredible. The best time to enjoy a perfect view is between December and February. Otherwise, it can get really cloudy, but it’s still nice because you’ll be above the clouds, you just won’t see as much as during a clear day. 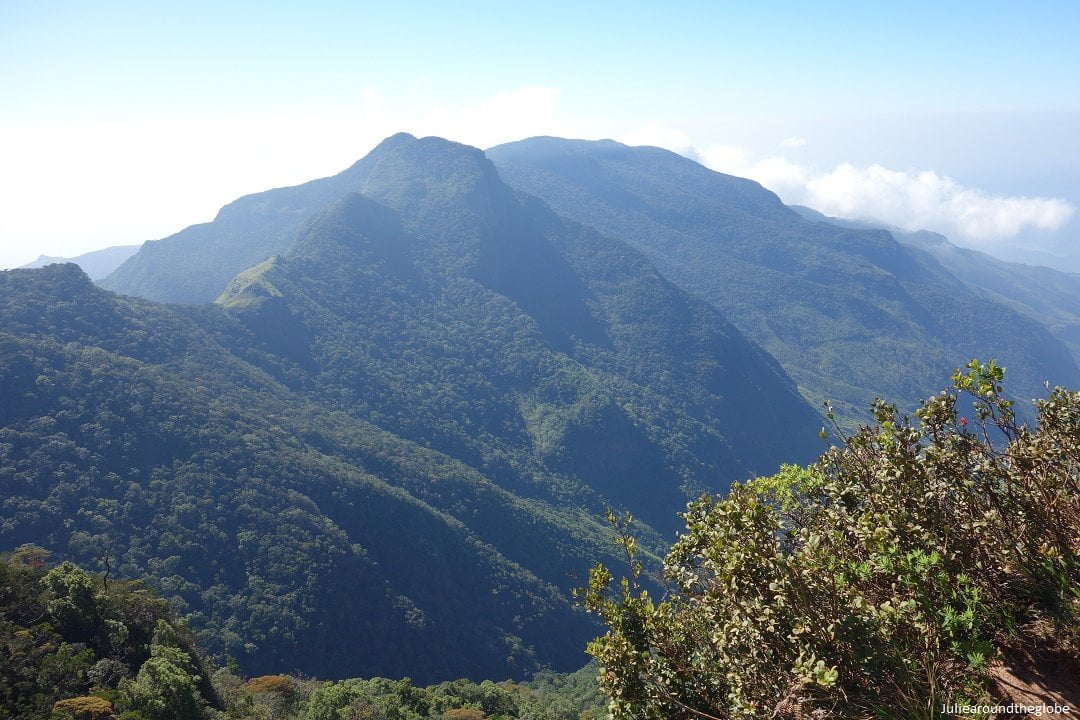 I’m usually not really into trekking, especially when it means waking up at 4 am, but I enjoyed the trek there, not once have I thought of complaining. First of all, the weather is super nice, starting at sunrise is the best way to avoid being drenched in sweat after 5 minutes, like it’s the case in most humid places in Asia. Second of all, the trek is really easy, the path is well maintained, and it’s pretty flat, so no climbing up and down all the time. I’ve seen people doing the trek carrying their children on their backs without much difficulty. Finally, contrary to the treks in the jungle, you have excellent visibility over the lowland around you, and the scenery is spectacular.

The trek is about 3 hours, depending on how long you stop to gaze at the view. The trail is really easy to follow, you cannot get lost, and you don’t need a guide. There’s also a longer trail that takes the day but you’ll have to arrange it with your driver, because he usually waits for you while you trek, and if you’re not back before noon, he’ll probably leave. You can arrange for transportation to the park through your hotel in Nuwara Eliya, try to find more people to join you to reduce the cost. You can also hire a tuk-tuk, but keep in mind, it’s super cold, and it’s at least an hour’s drive.

There’s also a lodge and a camp group near the Park HQ, but you need to book in advance.

All included (transportation and entrance fee) the price is a bit steep (about 40 USD), but to me, it was worth it. The landscape is unique and different from what you can see in other places.

Be aware that it is super cold in the morning, it was literally freezing when I was there. At night, temperatures drop near 0°C, bring a good jacket! 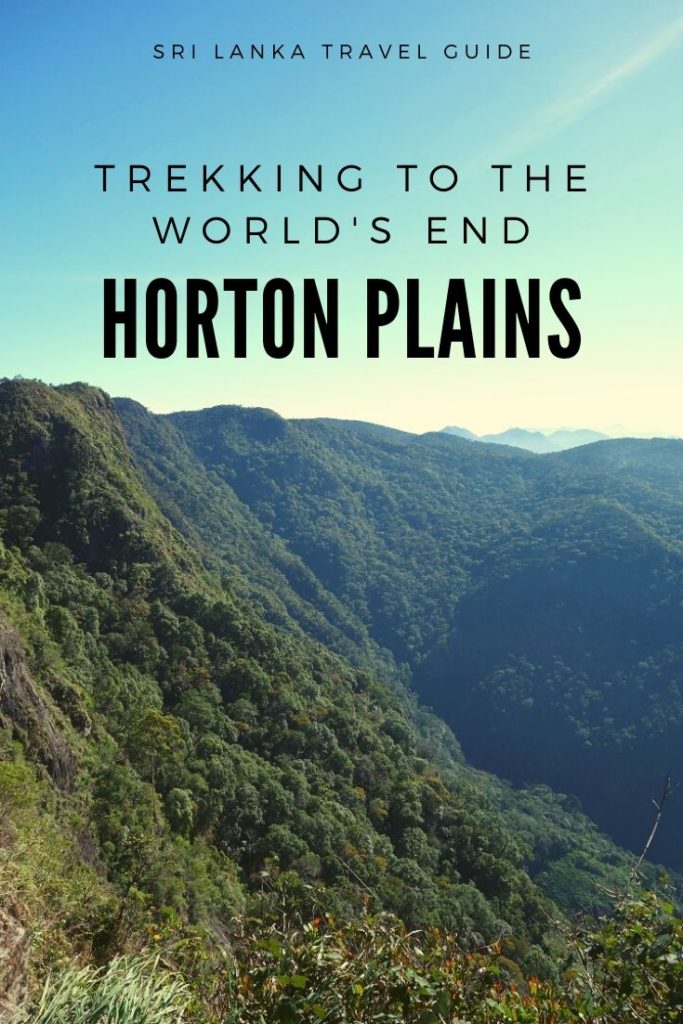