Tunisia is a great country if you like less touristy destination and off-the-beaten-path travels. From amazing beaches to spectacular mountains, Tunisia has a lot to offer. It’s also a country rich in culture and history, from the Roman Empire to the Arab conquests, each civilization has left its mark. People there are really friendly, welcoming and proud of their country. Since the revolution, tourism has dropped tremendously, but it’s slowly starting to increase again. Locals are always happy to see tourists and are generally really helpful. You won’t meet a woman over forty whose first question won’t be “Have you tried couscous yet?”. Couscous is a big deal in Tunisia; it’s also the main dish. Each region has a particular way to make it, so you’ll have to try it everywhere you go.

During summer you should also try the mechouïa salad, it’s grilled and then ground veggies. It’s typically eaten with bread. Bricks are also traditional in Tunisia, you can find them almost everywhere. This dish is made of eggs and usually, tuna, covered in a thin dough and fried. If you’re on the go and just want a sandwich, try the Libanais, it’s super good.

Food is usually spicy but not too much, and if you don’t like it, you can easily find non-spicy food.

Another must-try is the pastries, of course. My favorites are the Makroud (you’ll find the best one in Kairouan) and the Kaak warka made of almonds and rose water. Getting around in Tunisia is relatively easy. You can either take the bus or a louage, or the train. I wouldn’t advise on taking the train as it’s unreliable and doesn’t go faster than the bus. There are several bus companies you can choose from, it’s usually around the same price, and they don’t often offer the same routes, so it’s not hard to pick one. They all leave from the city bus station. Louages are minivans, it costs a bit more than buses, but they go faster. In each city, you’ll find a louage station, they leave when full. For remote destination, go there early, later you will wait forever for it to be full. Drivers usually don’t scam you, and often, you buy the ticket directly at the station.

Another easier option is to rent a car; it will make you gain a lot of time. Roads are usually in a good state. The locals’ way of driving is a bit “sporty,” but you should be fine. Choose a franchised company and take photos of the car before leaving with it.

In some parts, especially towards the east coast, you can even hitchhike, it’s common and considered safe. The best time to visit Tunisia will depend on what you want to do. If you’re looking for a beach vacation then, go during summer. July and August are the hottest months, sometimes even too hot. You can usually enjoy the beach from April to October.

It’s never really cold in Tunisia (except in the mountains). During winter, you’ll just need a light jacket. If you want to visit the Sahara, go during winter, as it’s too hot to go there during summer and it’s “closed” anyway during the hottest months. High season for Sahara visits is between November and March. It’s also the best season to go trekking.

If you just want to visit the sights then you can go anytime. My favorite time to go is at the end of winter/beginning of spring. When the temperature is still cool and everything is green. Planning your itinerary will depend on your mean of transportation. You’ll be able to visit much more places if you rent a car. With a car, you can visit everything in 2-3 weeks.

Then take a one-day road trip through the Cap Bon.

Count two days to visit the Roman Ruins in the north, add a day if you want to visit the coast (Tabarka and Bizerte).

Then head down to Sousse, Kairouan, Mahdia, and Sfax (count 2 to 3 days). Then to Gabès until Tataouine (3 days) and back up to Douz and Tozeur.

You can also drop by Djerba, to spend some time at the beach. Tunisia is a pretty cheap country. A meal cost between 5 to 10 dollars, you won’t pay more than 15 dollars for a long-distance bus ride, and you can find a bed in a youth hostel for as low as 5 to 15 dollars depending on where you are. A night in a guesthouse is usually around 20 USD with breakfast and dinner included.

Sights and activities are also usually super cheap. Tunisia is probably the only country in the world where you can visit UNESCO world heritage sites for 3 bucks.

Be careful: you can only change dinars back to your currency in Tunisia.

Since the revolution and the two terrorist attacks, tourism has taken a huge plunge. Nonetheless, Tunisia is now considered a safe country in most parts. Tourists are starting to come back, and most governments have suspended their warnings.

You have to be careful with your belongings especially in Tunis and in touristy places. Be especially careful with your cellphone. Apart from pickpockets, the country can be considered safe. The only parts where you need to be careful are near the borders with Algeria (in the mountains) and near the border with Lybia. If you plan to go to these parts always check the situation beforehand, and ask locals about it. I was quite surprised to discover that Tunisia was actually just fine for solo female travelers. I used to go there as a kid twice a year and had awful memories of catcalling and such things. None of that happened during my solo trip. Sure, older women always have a son or nephew or whatever they’ll want to introduce to you, but just say you’re not interested and they won’t insist.

The only places I wouldn’t recommend going as unaccompanied women (even for a group) is the area between Kasserine and Jendouba, in the north-east part of the country, close to the Algerian border. The mentalities there are really backward, most women there don’t leave the house without a man. People would just not understand, and you might get bothered by men. But in Tunisia in general, women rights are strong, and the government has tried since the country’s independence to “free” women from Muslim traditions.

Just cover up your shoulders and knees, and avoid eye contact with strangers and you should be fine. It’s okay to wear a bikini at the beach (unless it’s a deserted beach). 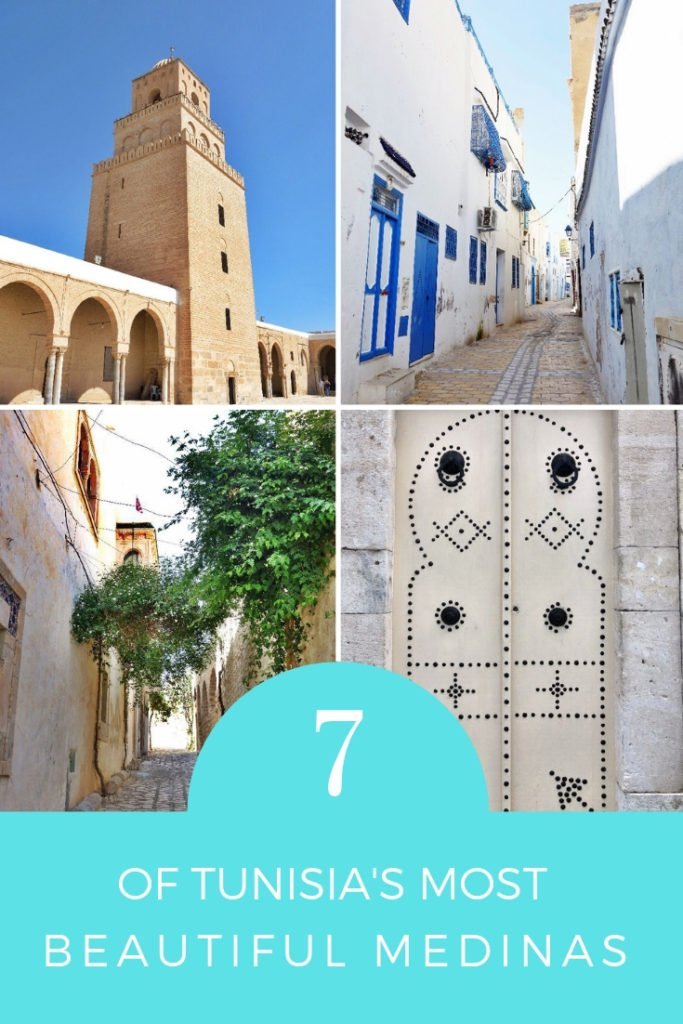 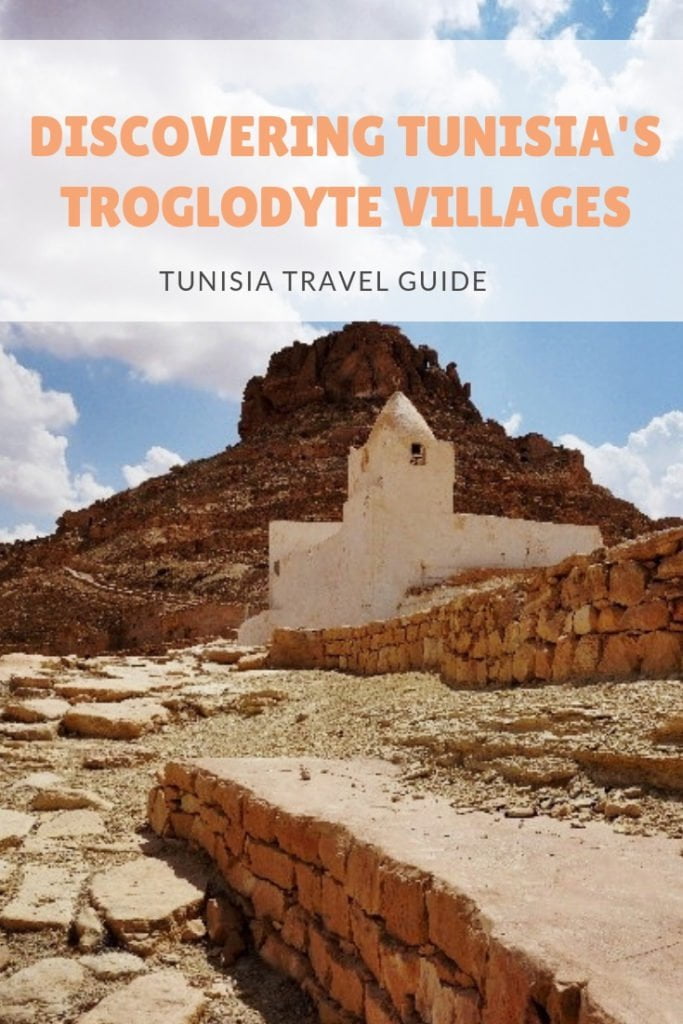 Bulla Regia, a quiet little town between Tunis and the Algerian border, hides many treasures. Bulla Regia is more than 2000 years old, and in its heart, you’ll find an incredibly well preserved archaeological site.

The Cap Bon, off of Tunisia’s West coast is a popular beach destination among locals. Even during winter time, the coast is worth visiting, with impressive views, white-sanded beaches, and an interesting local culture. Driving along the Cap Bon is the perfect road trip...

Tunisia is a country rich in history. A part of it used to form the Carthage Empire, which dominated most of the Mediterranean during the 4th century BC, thanks to its famous leader Hannibal. Today, some of the capital's ruins can be visited.

El Jem is famous all over Tunisia for its spectacular amphitheater, a UNESCO world heritage site and for the El Jem Museum of Archaeology, home to many wonders. El Jem is home to the third largest amphitheater left in the world after the one in Rome and the one in Capoue, and it’s also Tunisia most significant ruin from the Roman Empire.

Gabès, Tunisia, is the only marine Oasis located along the Mediterranean coast and one of the last oasis of this type, in the world. Along the Tunisian East Coast, this thousand-years-old palm grove hosts more than 300 000 palm trees

Founded in 960 BC by the Carthaginians, Monastir, then called Rous Penna, was the starting point of Cesar’s conquest of North Africa. The walls and the old city (medina) you see today were built in 796 when the Arabs took control of the area.

Tozeur, near the Algerian border, is home to many wonders. From trekking to mountain oasis to exploring Star Wars sets in the middle of the Sahara, the region will keep you busy. I guarantee you’ll be impressed and mesmerized by its splendid beauty

Beyond its chaotic aspect, Tunisia’s capital is home to one of the world most mesmerizing medina, now a UNESCO World Heritage Site. Its tiny maze-like streets are full of hidden treasures. From century old houses where craftsmen practice ancestral arts to little cafés...

Save it for later – Tunisia Travel Guide: 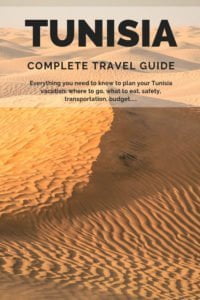 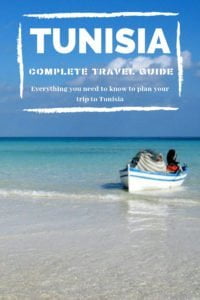