Adam’s Peak, or Sri Pada in Sinhalese, is one of the highest peaks in Sri Lanka. The mountain has a really distinctive conical shape and is 2 243 meters (7358 feet) high. Sri Pada is an important pilgrimage site for Buddhists, Hindus, and Muslims. At the top of the rock, you’ll find a 2 meters large cavity, looking like a footprint. To the Hindus, this footprint was left by Vishnu or Chiva, to the Buddhists by Buddha and to the Muslims by Adam (hence the name) when he left Eden. Climbing Adam’s Peak is challenging and in my opinion, not worth it unless you do it for spiritual reasons. 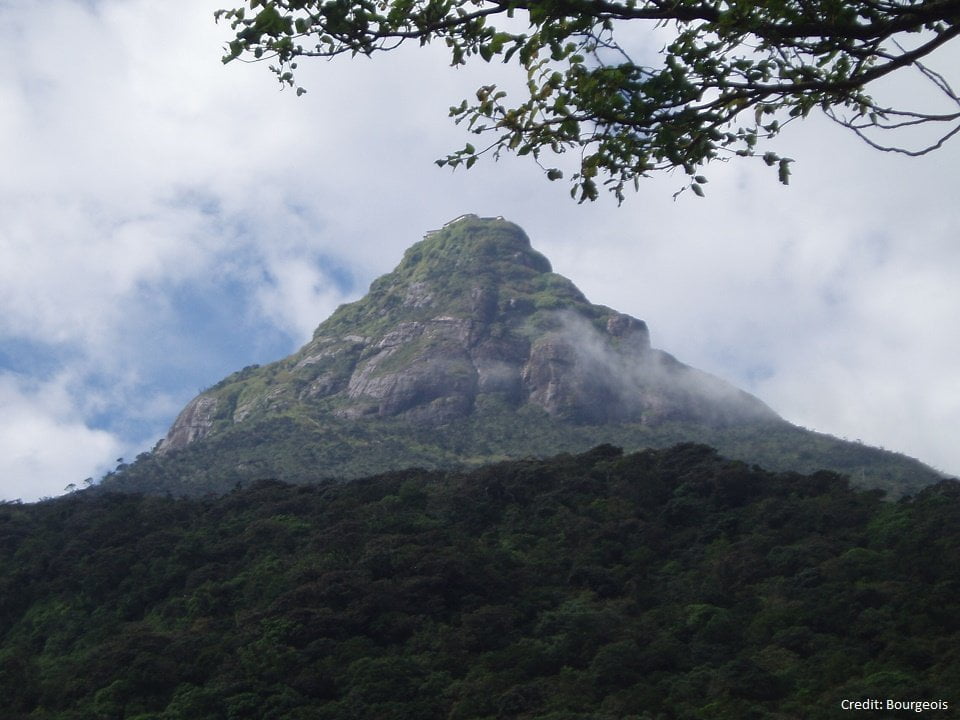 Each year thousands of Sri Lankan take up the pilgrimage, they usually start at night to reach the top before sunrise. The ascension takes about 4 to 6 hours, the descent is faster. There are people selling drinks and snack along the way. Watching the porter carrying boxes full of food or drinks all the way up is amazing. Same, most locals do the trip barefooted. It’s pretty impressive.

The pilgrimage has been done for centuries, Sri Pada was first mentioned in the 4th century in the Dipavamsa (the first chronicle of Sri Lanka). Then in the 5th century, in the Mahawansa chronicles, the book mentions that Buddha visited the sacred mountain. Later, Marco Polo, in his book, talks about it. He depicts the metal ramps already installed at the time of his visit. Probably not the same as today though. The first mention of the footprint dates back to 1817, by John Davy, he noted seeing a footprint carved in the stone, decorated with gems and brass. 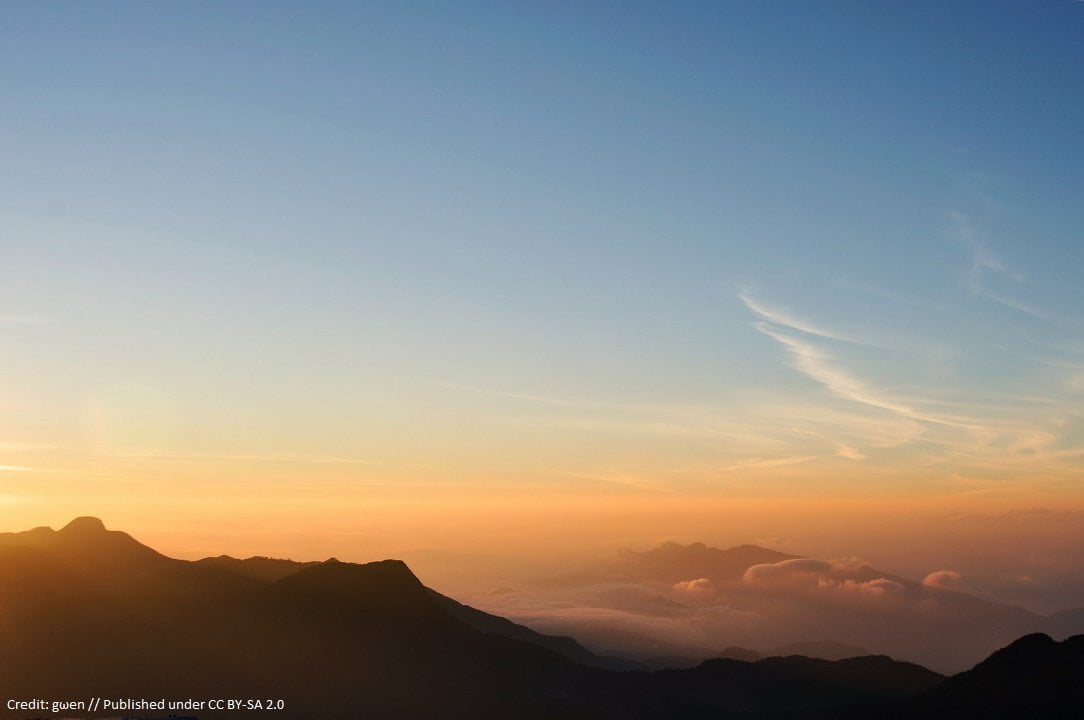 There are thousands of steps to get to the top from the base, some really steep and high. There’s also light all the way up. The nights are pretty cold here, at the base people sell jackets if you don’t have one.

Climbing Adam’s Peak has been one of the worst days of my life. First of all, it took me at least 3 days to recover fully from the hike. Second of all, I had to wait maybe 5 hours in line to get to the temple at the top, and I gave up before making it to the top. The thing was, I decided to climb Adam’s Peak during a national holiday (I didn’t know beforehand or I would have just waited).

There were thousands of Sri Lankan doing the pilgrimage, it was so crowded that they had to stop letting people climb up to the temple, and for maybe 2 hours the line didn’t move. The worst part is I always thought I was almost to the top, but at every turn, I realized the temple still wasn’t there. I stayed stuck there only moving 10 meters per hour. And of course I missed the sunset and once it was out, it just became so hot. When I gave up, I could see the temple, but the line wasn’t moving again and I was so fed up with it, I just decided to leave. The good thing about it is I was so pissed it took me half the normal time to reach the bottom.

Overall, even without my bad experience, I wouldn’t recommend climbing Adam’s Peak. First because, it’s not a nice trek, it’s only steps, all the way and you need to be really fit if you don’t want to half die on the way. Second, the all point of the climb is doing a pilgrimage, so if you’re not religious it doesn’t really make sense. And third, it’s true you have a nice view from the top but you’ll get views just as nice in Nuwara Eliya or Ella without having to make all these efforts.

Like it? Save it for later – Climbing Adam’s Peak 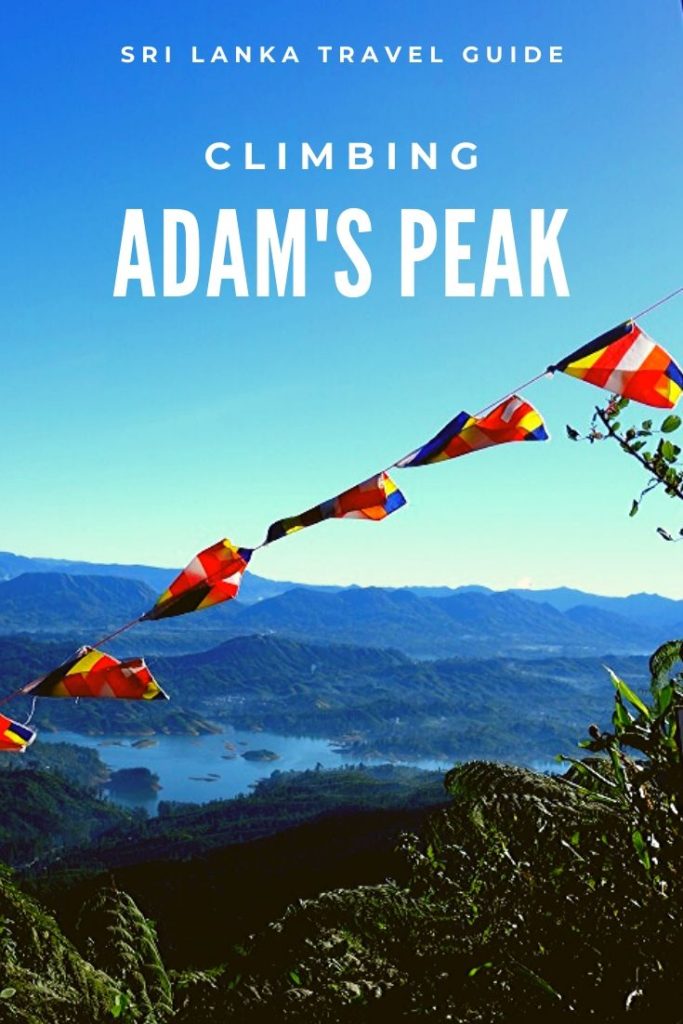